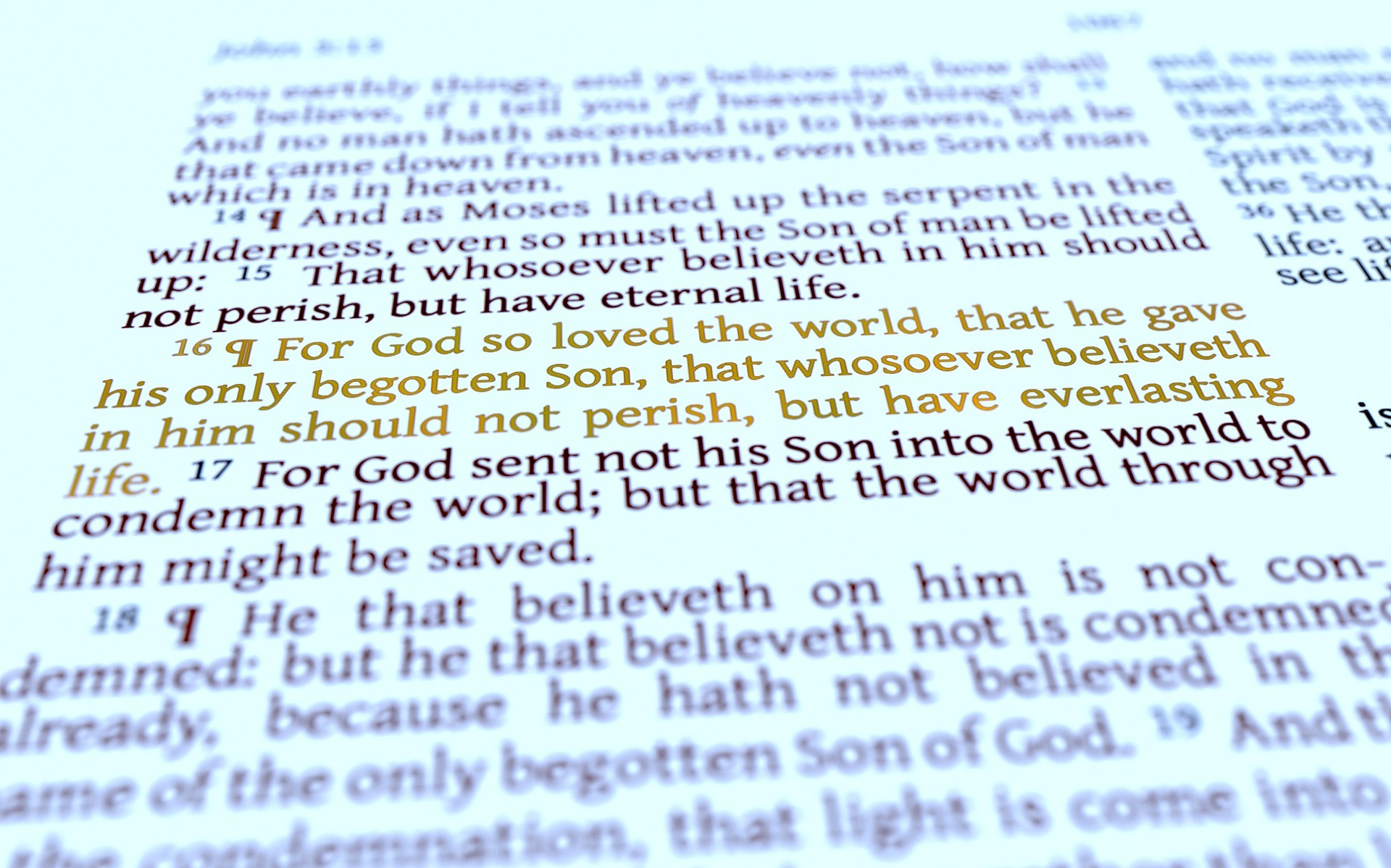 Basic writing strategies are the major focus in most English writing courses. Every one of these strategies was used effectively in the Bible to teach valuable lessons. Everyone learns and comprehends in different ways. Rhetorical methods and conventions have proven to be effective in teaching and persuading people. There are different ways to present ideas and teach people — and the authors of the Bible understood these strategies thousands of years ago.

Narration: Narration is the practice of telling a story. It is often in first-person point of view. Instead of a story or anecdote, the Bible usually refers to them as parables. These parables are in chronological order and have the basic writing structure — introduction, body, and conclusion. More specifically, parables are often defined as earthly stories with heavenly meanings. A few of the most common parables are of the faithful servant (Matt. 24:42–51), the mustard seed (Matt. 13:31–32), and the lost sheep (Matt. 18:12–14).

The following examples effectively implement the narrative strategy. John 14:6: “I am the way and the truth and the life. No one comes to the Father except through me.” Matt. 15:32: “I have compassion for these people; they have already been with me three days and have nothing to eat. I do not want to send them away hungry, or they may collapse on the way.” John 6:51: “I am the living bread that came down from heaven. Whoever eats this bread will live forever. This bread is my flesh, which I will give for the life of the world.”

Description: Descriptive writing uses sight, smell, taste, touch, and hearing to describe people, places, objects, or events. Have you ever read a book and you could “see” the location described? Good descriptive writing helps the reader to clearly picture what the author is trying to convey.

Notice how the following examples use sound, taste, and smell. Ps. 93:4: “More than the sounds of many waters, than the mighty breakers of the sea, The LORD on high is mighty.” Ex. 16:31: “The house of Israel named it manna, and it was like coriander seed, white, and its taste was like wafers with honey.” Lev. 3:5: “Then Aaron’s sons shall offer it up in smoke on the altar of the burnt offering, which is on the wood that is on the fire; it is an offering by fire of a soothing aroma to the LORD.”

Definition: Usually when people think of a definition they think dictionary. That might be a good start, but there is more to defining a word or concept. Does the word have a positive or negative connotation? Where did the term originate from? Could you provide a synonym for the word? Can you use the word in a sentence?

Consider faith and the kingdom of heaven. How would you define these concepts? There are many different ways and approaches. Here are a few examples from the Bible. Matt. 13:31–32: “He told them another parable: ‘The kingdom of heaven is like a mustard seed, which a man took and planted in his field. Though it is the smallest of all seeds, yet when it grows, it is the largest of garden plants and becomes a tree, so that the birds come and perch in its branches.’” Matt. 13:45: “Again, the kingdom of heaven is like a merchant looking for fine pearls.” Heb. 11:1: “Now faith is confidence in what we hope for and assurance about what we do not see.”

Cause & Effect: Cause and effect shows a relationship between an action and an outcome. The cause is why something happened. The effect is the outcome or the result of what happened. When God reacted to someone (or a group of people) think of how these introductory words are used for cause: Since… Due to…. After God dealt with rebellious people, consider these words about the effect or the outcome: Therefore… For this reason… As a result of….

The following verses provide some clear relationship between cause and effect. Gal. 6:7–8: “Do not be deceived, God is not mocked; for whatever a man sows, that he will also reap. For he who sows to his flesh will of the flesh reap corruption, but he who sows to the Spirit will of the Spirit reap everlasting life.” Matt. 11:29: “Take my yoke upon you and learn from me, for I am gentle and humble in heart, and you will find rest for your souls.” Num. 32:23: “But if you do not do so, then take note, you have sinned against the LORD; and be sure your sin will find you out.” Rom. 6:23: “For the wages of sin is death, but the gift of God is eternal life in Christ Jesus our Lord.”

In Luke 15: 11–32, think about the prodigal son’s attitude when leaving home versus his attitudes when he returns. From the same passage, think about similarities and differences of the father’s response to the returning prodigal and the elder brother’s response. Here are some more examples: Matt. 13:24: “The Kingdom of Heaven is like a man who sowed good seed in his field.” Rom. 8:18: “I consider that our present sufferings are not worth comparing with the glory that will be revealed in us.” Matt. 11:16: “To what can I compare this generation? They are like children sitting in the marketplaces and calling out to others.”

Division & Classification: Both of these methods explain, organize, and display information. Division and classification takes a topic and breaks it down into separate groups. For example, when looking at Christians you break them down by current spiritual condition (new believers, struggling, teacher, etc.) You could also break them down by their faiths (Evangelical, Catholic, Protestant, etc.) The Bible itself is categorized by the Old Testament, New Testament, Gospels, Major Prophets, Minor Prophets, etc.

In Matt. 25:14–30, types of servants are classified in the parable of the talents (bags of gold). In 1 Chron. 23:6, David separated the Levites into divisions corresponding to the sons of Levi: Gershon, Kohath, and Merari. The description of the animals on the ark are described in Gen. 6:20: “Two of every kind of bird, of every kind of animal and of every kind of creature that moves along the ground will come to you to be kept alive.”

Process: A process is a series of steps or actions to achieve a particular objective. Usually this is very similar to instructional writing. Step-by-step instructions include a beginning, middle, and end. The beginning states the objective. The middle shows the steps and usually include action verbs. The end tells the result of the steps. In fact, the end or conclusion might even tell how the process will end if you don’t follow the instructions properly.

Example: This strategy simply uses examples to prove its point. Often it is good to use more than one example. The examples should illustrate, clarify, and define the ideas that are being shared. The examples can be realistic or hypothetical. They should always be relevant and have enough to prove the writer’s point.

The Bible provides many examples that we can learn from. 1 Pet. 2:21: “To this you were called, because Christ suffered for you, leaving you an example, that you should follow in his steps. In Luke 21:1–4, we see an example of the generosity in the widow’s mite compared to the rich man’s gifts. Esther is a great example of faith and courage. Hebrews 11 has several examples of faith in action.

Acts 1:3: “To these He also presented Himself alive after His suffering, by many convincing proofs, appearing to them over a period of forty days and speaking of the things concerning the kingdom of God.” 2 Tim. 3:14: “Continue in the things you have learned and become convinced of, knowing from whom you have learned them.” Acts 19:8: “And he entered the synagogue and continued speaking out boldly for three months, reasoning and persuading them about the kingdom of God.” Rom. 8:38–39: “For I am convinced that neither death, nor life, nor angels, nor principalities, nor things present, nor things to come, nor powers, nor height, nor depth, nor any other created thing, will be able to separate us from the love of God, which is in Christ Jesus our Lord.” Phil. 4:13: “I can do all this through him who gives me strength.”

Basic English courses explain the value of these writing strategies, but the Bible implemented them long before the modern textbook broke down the concepts. Not everyone learns and understands the same way. Using different writing strategies helps the reader to understand, remember, and implement the concepts being taught. Using these rhetorical strategies also seeks to maximize understanding realizing that some strategies will resonate better with some individuals. The goal is to communicate one’s point, and the Bible writers effectively used a variety of strategies to that end.

Tim Hibsman is a tenured associate professor in the Department of English at Indiana University of Pennsylvania. He earned his BA in English from California State University, Long Beach, and a Master of Arts in Professional Writing from University of Southern California. He also earned an Ed.D. in Educational Technology from Pepperdine University. After spending 15 years in the aerospace field (TRW/Northrup Grumman, Hughes Aircraft), he now focuses on technical writing and legal writing. He has been a Christian for over 25 years, and his recent scholarship is focused on presenting practical applications and simulations in the classroom. 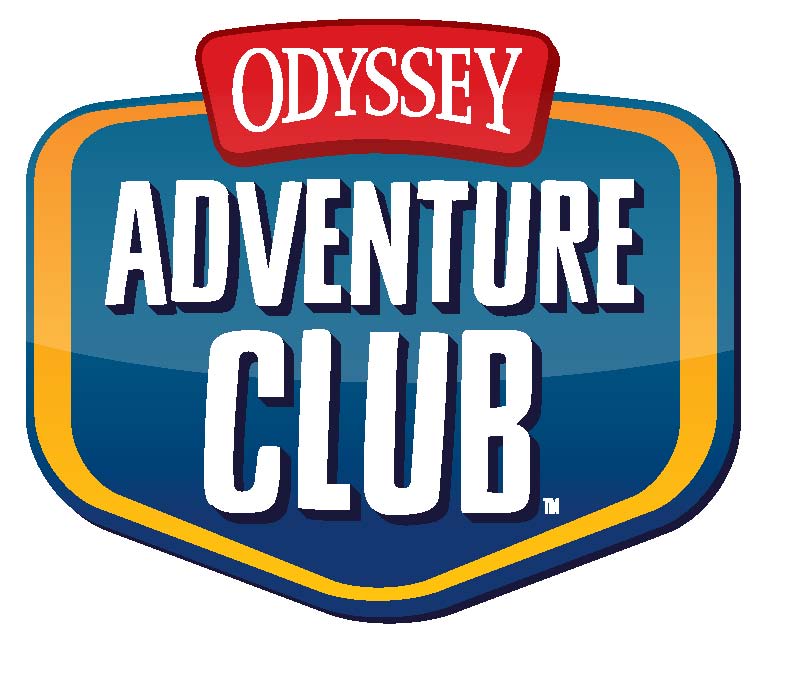