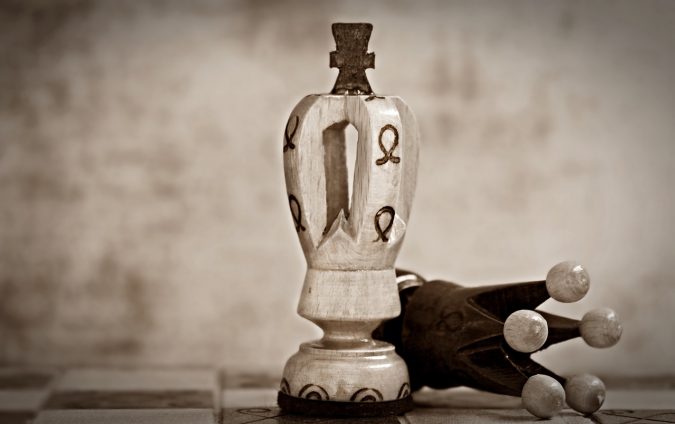 Almost a year ago, I wrote a post entitled, “How Goliath Fell.” But this week, as I reread my devotional, I was reminded how another man fell, as described in Scripture. Unlike the fall of the villain Goliath, this account concerns the fall of Solomon, one of the greatest rulers in history.

How Does a Wise Man Fall?

While I may be particularly sensitive to this topic, having just finished writing a book on sexual purity, I’m struck by the fact that the man who was regarded as “wiser than all men” (1 Kings 4:31) fell because of the effects of massive sexual sin.

A great leader, a wise judge and ruler, and the human pen for most of the timeless Proverbs we have today, Solomon reigned in Jerusalem over all Israel for 40 years. Leaders came from all over the world to witness his success and corresponding wealth. However, Solomon was also notoriously a lady’s man with an astounding 700 wives and 300 concubines recorded. I’m amazed at the depth of hypocrisy between his public and personal life. Scripture reveals that his choices came with great consequences. 1 Kings 11 tells the story of his downfall:

“… his wives led him astray. As Solomon grew old, his wives turned his heart after other gods, and his heart was not fully devoted the Lord his God… Solomon did evil in the eyes of the Lord; he did not follow the Lord completely….”

The Ripple Effects of Sin

Scripture recounts that, as a result of Solomon’s disobedience, the Lord raised up enemies and adversaries against him and eventually, through the subsequent generations, “tore the kingdom away from him.” Ironically, the sexual sin that had indeed haunted and created a temporary downfall for his father David, was the same sin that ended up creating a massive ripple effect of disobedience in Solomon’s life. The wisest man on earth was able to advise so many others in the ways of wisdom, but when it came to his own affairs, he was unguarded and unprepared for the impact of his sexual sin. It’s truly ironic for the man who wrote that “the cord of three strands is not quickly broken” (Eccl. 4:12), a verse that is often used in reference to the union of husband, wife, and God in holy matrimony. In Solomon’s case, it was a cord with at least 999 strands too many.

The Position of His Landing

Unlike Goliath who fell facedown from a high place of pride, we don’t know for certain the final heart condition of the mighty King Solomon after his fall. We know from Ecclesiastes (written toward the end of his life) that none of what he chased was worthwhile to him, and that he “hated life” — but we don’t know for certain, the state of his repentance and reconciliation to the Lord. Yet, as he penned that there is a time for everything — including healing, mending, love and peace, and an acknowledgment that “God will bring all things into judgment” — there is hope that Solomon did find his way back to the Lord after this significant detour.

The “detour” off God’s path though, is not one that any of us can afford. Wise, unwise, ruler, or servant, the detour of the unguarded Christian and the great fall of unrepented sin, comes at too high of a cost.