For the first 27 years of author and speaker Kim Cash Tate’s life, she viewed herself through the lens of her race. Being black shaped her identity, above all— including her gender, personality, and legal career. It informed all of her attitudes and opinions and influenced the choices she made, from what she watched on television to whom she considered her friends. But all of that changed when she found Christ—in the most unexpected of places.

As Kim entered into a relationship with Him, her view began to shift, a story she told in her first book, More Christian Than African-American, originally published in 1999. Since then, she’s gone on to write several novels and, just last year, joined the Women of Faith ministry, speaking at events across the country.

Though Kim never envisioned her life would follow this path, she says it’s clear that God ordered her steps. “As a fiction author, I am able to take a character through their journey, but I couldn’t write my own story,” she reflects.

Born and raised in Maryland, Kim earned her bachelor’s degree from the University of Maryland and her law degree from George Washington University. She fully expected to get a job in the Washington, D.C. area and live there for the rest of her life. But God had other plans for her.

After graduation from law school, Kim began searching for a position with a D.C. firm, but nothing panned out. Meanwhile, her fiancé, Bill Tate, who had just earned his doctorate in math education, received a job offer from the University of Wisconsin at Madison.

It was the last place Kim imagined herself—living in the Midwest, in the “cheese state,” in a town that was nearly 90 percent white. But, she loved Bill, and an offer of a clerkship with a district judge sealed the deal, so the couple packed up and moved to what seemed like an alien landscape.

When she first arrived, Kim felt extremely out of place. She was far from her friends, family, and the ethnic diversity she took for granted when living in an urban area. Even small things, like the absence of a black radio station, compounded her misery.

Though she had little faith, she knew about God from her days attending Catholic grade school, and it was to Him that she turned in her despair. “I cried out to God to get me out of Madison,” she recalls. “I hated it there, but God used that to draw me to Him, and I was saved in Madison. He didn’t get me out of Madison, but He changed me there.”

That change didn’t happen overnight, but slowly began when Kim and her husband found a welcoming church and started studying Scripture. When Kim accepted Jesus as her Lord and Savior, she began to view her identity in Christ as more important than her race.

Kim feels blessed that she and Bill came to Christ before they started their family, which now includes a 15-year-old son and 13-year-old daughter. “God pretty much brought us along at the same time, which was wonderful. Thank God we became believers before we had kids, so that from the beginning we have been able to teach them to know Him and know His Word.”

When it came to her own childhood faith, Kim says it was more “head knowledge than heart knowledge.” Hers was not a churchgoing family, but Kim attended Catholic schools because they offered a better education than the local public schools. There, she received a foundation of basic Christian values and learned of Jesus’ birth, death, and resurrection, but it went no further than that.

Even so, she sensed that there might be something more, especially one Easter when she was in third grade. When her class observed the Stations of the Cross (a series of paintings depicting the events of Christ’s Passion), she felt a deep connection with Jesus. “I was actually weeping, just thinking about how Jesus had to go through that, but there was no one to tell me that I could have a personal relationship with Him.”

Several decades passed before Kim entered into that personal relationship with Christ, but once she did, He began to change her perspective, including her views about marriage and motherhood. While writing her first book, she was still practicing law, but shortly after its publication, she decided to stay home with her children, ages 1 and 3 at the time. She intended to work from home as a writer, but that did not happen right away. Instead, the family relocated to Texas after Bill accepted another job. “I thought I would continue writing nonfiction, but that was not God’s plan. It was really a season of being at home and raising my children.”

After several years primarily occupied with raising and homeschooling her children, Kim was surprised to find that God was yet again urging her toward writing, this time a novel. “I just didn’t think I would be one to write fiction, but God put a story on my heart about a woman not knowing she could have a relationship with God until a Bible study changed her heart.”

That first novel, which was called Heavenly Places, took Kim several years to write, and the main character, Treva, remains close to her heart today. Like Kim, Treva was an attorney and found herself at odds with where she was living; Treva experienced a great deal of heartache and feelings of low self-worth before coming to see her true value through a Bible study of Ephesians.

After Kim’s first publisher went out of business, she signed with Thomas Nelson Fiction and began work on her second novel, Faithful, which weaves together the stories of three women who are struggling to trust in God’s faithfulness. Her latest book, Cherished, will be released in September and she is already at work on a new title for next year. Cherished is about two women who have things in their past that they regret, but, says Kim, it’s really about “understanding God’s forgiveness— knowing that He can still use you and He cherishes you no matter what you have done.”

Kim’s books include elements of romance, but they go much deeper than that. “I try to get into heart issues and weave spirituality into it. I like to really explore my characters’ faith journeys,” she says, noting that she prays about her characters as she writes, letting God direct their stories.

Recently, Kim took on a new role, as a speaker for the Women of Faith ministry, which is affiliated with her publisher. She spoke at four events in 2010, and the first was in Las Vegas, before a crowd of more than 5,000—a far cry from the church groups she’d previously addressed. Still, she says, “It was incredible knowing that God had brought me to that place. I had a lot of people praying for me and I really enjoyed it. I really felt God’s grace upon me. Yes, I had butterflies, but I was not paralyzed like I thought I would be.”

In 2011, she spoke at two Women of Faith events. When she steps back and looks at how she came to be on the tour, she can’t help but marvel at God’s providence. “God can do whatever He has planned for us. It doesn’t have to make sense to us. If we have faith, he can bring those things to pass—even those things we feel are impossible,” she says.

Kim, who now calls the St. Louis area home, says she sometimes struggles to juggle her many roles as wife, mother, author, and speaker and appreciates her husband’s unwavering support. His flexible schedule as a university professor allows him to be there for the kids when she’s writing or traveling. “We just look to God to make it work,” she says. “It can be stressful, but I constantly go to God and ask what He needs me to be doing at this moment and kind of walk in His grace.”

Kim believes that many of us try to wrest authorship from the Lord and attempt to write our own stories, just as she did before her move to Madison. “We come up with our own plans or goals and many of us are not seeking the Lord’s input,” observes Kim. “We want Him to bless those goals and plans, but not many people ask Him at the outset to direct those plans. We really need to give Him the pen and let Him write the entire story.”
She feels Ephesians 2:10 sums up how she lives her life today: “For we are God’s handiwork, created in Christ Jesus to do good works, which God prepared in advance for us to do.” (NIV)

“I am walking in God’s purpose,” she says. “I have surrendered to Him to do what he wants me to do and to do it for His glory.” 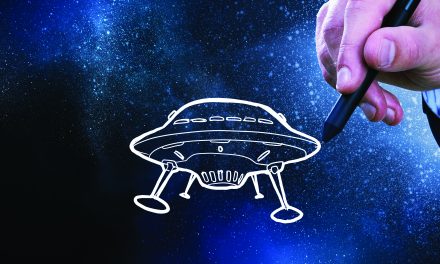 UFOs: What Are They? 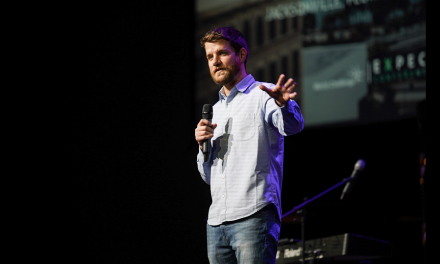 Finding Light in the Darkness 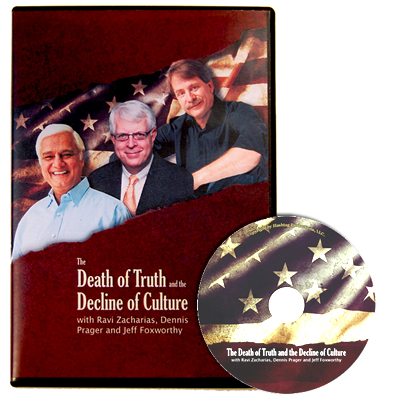 The Fate of Our Nation DVDs