When Ken Taylor died in 2005, he was remembered for a number of significant accomplishments. Most notably, he was the creator of The Living Bible, the Scripture paraphrase that took the United States by storm in the 1970s and revolutionized the way millions of people read and understood God’s Word.

Fifty years ago, he founded Tyndale House Publishers, now a leading publisher of Christian books and resources, and The Christian Reader, the first digest magazine to feature Christian content. He also established several mission organizations dedicated to producing easy-to-understand Bibles and Christian literature in hundreds of languages across the globe.

Kenneth Nathaniel Taylor was born in 1917 in Portland, Oregon. His father (a Presbyterian minister) and his mother passed on their devotion to Scripture to their children. As a boy, Ken once saw his father accidentally drop a Bible and then pick it up with reverential respect — a small incident that left a lasting impression. But as deeply as Ken valued God’s Word, he faced a recurring struggle. Throughout his teen and college years and even into seminary, he had trouble making sense of the antiquated language of the King James Version of the Bible, which at the time was used almost exclusively in Protestant churches.

In 1940, Ken was on staff with InterVarsity Christian Fellowship, having recently graduated from Wheaton College. As he prepared to speak to college students at a ministry event, he had an experience that would foreshadow his life’s calling. He recounted this story in his autobiography, My Life: A Guided Tour:

“I found myself baffled about the meaning of a chapter in Ephesians, on which I had been asked to speak. I read the chapter several times, with no better results. I could understand the words, of course, but I just could not understand the significance of the teaching or make any useful application to my life or the lives of the students. Suddenly I was overwhelmed with the realization that my Bible reading in the New Testament letters had ever been thus…. Frustrated and ashamed, I exclaimed aloud to the empty room, ’Why can’t somebody translate the Bible so a person like me can understand it?’”

In that moment of anguish, there was no way Ken could have foreseen that one day God would use him to be the answer to his own prayer.

The journey on which God led Ken to get to that point, however, was not a linear one. After pursuing his Doctor of Theology degree for several years, Ken was asked to serve as the editor for HIS magazine with InterVarsity Press. From there he joined the staff at Good News Publishers in Chicago, where he was involved with tract translation. After printing for the tracts was transferred overseas, Ken spent the next 16 years at Moody Bible Institute and Moody Press. Throughout this time, Ken’s passion for making Scripture clear never wavered — especially when it

came to his own family.

Ken had married his Margaret, a friend from his hometown in Oregon, in 1940. Their family expanded rapidly, and within the span of 16 years, 10 Taylor children were born. Ken and Margaret made it a priority to teach their children in the ways of the Lord. In Ken’s words, “The major family event each evening was the family devotion time after dinner when we read from the Bible or a Bible storybook and had prayer all around.”

But Ken had a hard time finding books about the entire Bible written at a level his children could grasp. One evening at family devotions, after Ken explained a verse from the King James Version, one of his daughters, then about eight years old, said, “But Daddy, if that’s what it means, why doesn’t it say so?” So Ken started writing stories for his children and asking questions to gauge their comprehension. Encouraged by their engagement, he compiled the stories into several books, the first of which became The Bible in Pictures for Little Eyes.

A MOMENT OF EUREKA

On a Saturday afternoon as Ken was working on one of his Bible storybooks, he grew weary, wondering if there was a better way to help meet his children’s spiritual needs. He cried out to the Lord in prayer: “How can our family devotions become more interesting and valuable to my children, and how can I myself learn to read the Bible with more interest?” In the quietness of his study, an idea materialized in his mind. What if he could restate each verse to make it more understandable?

Here’s how Ken described the epiphany:

“I didn’t actually shout ’Eureka!’ but my mind and heart leaped up, and I wondered whether this might be the answer I’d been searching for during these many years….

“I opened the Bible at random and looked at 2 Timothy, chapter 2. I read the first several verses, thought about them, and carefully analyzed them word by word and phrase by phrase.”

Here’s an example of the King James Version compared with Ken’s paraphrase:

King James Version: “No man that warreth entangleth himself with the affairs of this life; that he may please him who hath chosen him to be a soldier (2 Timothy 2:4).”

Ken’s rewrite: “As Christ’s soldier do not let yourself become tied up in worldly affairs, for then you cannot satisfy the one who has enlisted you in his army (2 Timothy 2:4).”

Ken went on to paraphrase all the verses in that chapter, and after dinner he read what he’d written to his family. He was delighted to discover that they actually understood what it meant!

For the next seven years, while commuting to and from work on the train, Ken worked at paraphrasing the rest of the Epistles. He poured over Greek word studies and commentaries and sought input from Greek scholars to ensure that he captured the nuances of the passages. Finally the manuscript, which he dubbed Living Letters, was finished, and Ken eagerly looked for someone to publish it. But one by one, publishers rejected the concept. They were afraid that churches and religious leaders who held the King James Version in high esteem would be uncomfortable with anything that sounded so modern.

But Ken couldn’t shake the conviction that this idea was from God. He was elated that he could finally understand and apply the Word of God, and he wanted other people to experience the same joy. Bolstered by prayer — but no financial reserves — he and Margaret published Living Letters themselves in 1962.

They needed a name for their little company, and they decided on Tyndale House Publishers in honor of William Tyndale, the sixteenth-century Englishman who devoted his life to translating the Bible into English so “every ploughboy” could read it. Despite opposition from the government-controlled church, William Tyndale successfully completed the translation. But the effort came at a high cost — his own life. In 1536 he was strangled and burned at the stake. Ken didn’t know what his own translation endeavor would cost him, but like Tyndale, his passion to make the Bible accessible for the common people never wavered.

A LEAP OF FAITH

In the early years, Tyndale House was entirely a family undertaking. The warehouse consisted of the space under one of the children’s beds, and orders were filled in a makeshift office, better known as the dining room. The books trickled out via the local post office a copy or two at a time. In 1963, however, Living Letters took off when Billy Graham offered it as a premium to anyone in his TV audience who requested a copy. The requests flooded in, finally topping out at 600,000 copies!

With the explosion of Living Letters came a decision about how to handle the proceeds. True to his character, Ken wouldn’t entertain the idea of accepting the royalties for himself. “I had a strong conviction that the ability to write Living Letters was a special gift from God,” he said. “Because it was His word, He should get all the royalties.” In 1963 Ken and Margaret created the Tyndale House Foundation to receive and distribute the royalties from Living Letters, funding Christian bookstores, Bible translations, and Bible publishing around the world.

It wasn’t long before Tyndale was bursting at the seams, needing more space than the modest Taylor home could offer. At the same time, Ken was feeling a growing urgency to paraphrase more of the Bible. Despite the practical concerns that came with having 12 mouths to feed, he left his job at Moody Press so he could focus on the translation work. Years later he reflected on this difficult decision: “I knew I was taking some risks with the welfare of my large family. I recall remarking with deep feeling to my oldest son, ‘I’m not sure where I am going, but I know it will be a guided tour.’ And of course I meant guided by God.”

THE CALL OF A LIFETIME

Over the next several years, Ken went on to paraphrase the text of the entire Bible, and The Living Bible was published in 1971. It was the bestselling book in America for three years in a row, from 1972 to 1974. Gradually Tyndale House expanded, adding nonfiction titles, children’s books, periodicals, fiction, and other resources to their catalog.

A significant moment in Ken’s continued pursuit to make Scripture accessible came several decades after the publication of his initial paraphrase. His plan was to revise The Living Bible with the intention of making it even more accurate and readable, but as he and the rest of his team got further into the process, they realized that a revision wasn’t enough — they needed to create a true translation. The vision was to base the translation on the most reliable Greek and Hebrew texts while maintaining The Living Bible’s readability and accessibility. The translation process, a combined effort by 90 top Greek and Hebrew scholars, took nine years to complete and produced The New Living Translation in 1996.

Ken Taylor continued to fulfill his calling at Tyndale House and with various mission organizations until just weeks before he passed away in 2005, at the age of 88.

Those who knew Ken would say that his life measured up to the passage he reflected on often in his later years: “Just tell me what to do and I will do it, Lord. As long as I live I will wholeheartedly obey” (Psalm 119:33-34 TLB). 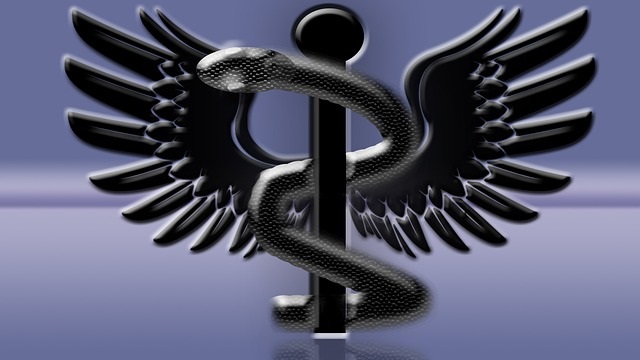