A Homicide Detective Investigates the Claims of the Gospels

I was lying in bed, staring at the ceiling.

“What may be true?” she asked.

“Christianity.” I’m sure she was weary of my growing obsession. For several weeks now, it was all I could think about, and I had already talked her ears off on several occasions. She knew I was more serious about this than I had ever been in the past, so she patiently tolerated my obsession and constant conversation. “The more I look at the Gospels, the more I think they look like real eyewitness accounts,” I continued. “And the writers seem to have believed what they were writing about.”

I knew I was standing on the edge of something profound; I started reading the Gospels to learn what Jesus taught about living a good life and found that He taught much more about His identity as God and the nature of eternal life. I knew that it would be hard to accept one dimension of His teaching while rejecting the others. If I had good reasons to believe that the Gospels were reliable eyewitness accounts, I was going to have to deal with the stuff I had always resisted as a skeptic. What about all the miracles that are wedged in there between the remarkable words of Jesus? How was I going to separate the miraculous from the remarkable? And why was it that I continued to resist the miraculous elements in the first place?

The initial step in my journey toward Christianity was an evaluation of the Gospels. I spent weeks and weeks examining the gospel accounts as I would any eyewitness account in a criminal case. I used many of the tools I’ve described (in my book) to make a decision that changed my life forever. I’d like to share some of that investigation with you.

The Search for Hard Evidence

Christianity makes a claim about an event from the distant past for which there is little or no forensic evidence. Like cold cases, the truth about what happened can be discovered by examining the statements of eyewitnesses and comparing them with what little additional evidence is accessible to us. If the eyewitnesses can be evaluated (and their statements can be verified by what we have available), an equally strong circumstantial case can be made for the claims of the New Testament. But, are there any reliable eyewitness statements in existence to corroborate in the first place? This became the most important question I had to answer in my personal investigation of Christianity.

As a skeptic myself, I formed a list of New Testament claims as I first investigated the resurrection. When I was an unbeliever, I found four facts to be the most substantiated by both friends and foes of Christianity:

1. Jesus died on the cross and was buried.

2. Jesus tomb was empty and no one ever produced His body.

3. Jesus disciples believed that they saw Jesus resurrected from the dead.

Some skeptics have offered the possibility that the disciples were mistaken about Jesus death on the cross. They propose that Jesus survived the beating (and the crucifixion) and simply appeared to the disciples after he recovered. While this proposal seeks to explain the empty tomb, the resurrection observations, and the transformation that occurred in the lives of the apostles, it fails to satisfactorily explain what the disciples observed and experienced when they pulled Jesus from the cross. It’s been my experience that witnesses who first come upon the dead body of someone they care about quickly check for the most obvious sign of life. Is the injured person still breathing? Even those who know nothing about human biology instinctively resort to it. Is it reasonable to believe that those who removed Jesus from the cross, took possession of His body, carried Him to the grave, and spent time treating and wrapping His body for burial would not have noticed any of these conditions common to dead bodies?

In addition to these concerns from the perspective of a homicide detective, there are other problems with the proposal that Jesus didn’t actually die on the cross:

1. Many first century and early second-century unfriendly Roman and Jewish sources affirmed and acknowledged that Jesus was crucified and died.

2. The Roman guards faced death if they allowed a prisoner to survive crucifixion.

3. Jesus would have to control His blood loss from the beatings, crucifixion, and stabbing in order to survive, yet was pinned to the cross and unable to do anything that might achieve this.

4. Jesus displayed wounds following the resurrection but was never observed to behave as though He was wounded.

5. Jesus disappeared from the historical record following His reported resurrection and ascension and was never sighted again (as one might expect if He recovered from His wounds and lived much beyond the young age of thirty-three).

Lied About the Resurrection?

Some non-Christians claim that the disciples stole the body from the grave and later fabricated the stories of Jesus’s resurrection appearances.

While this explanation accounts for the empty tomb and the resurrection observations, it fails to account for the transformed lives of the apostles. In my years working robberies, I had the opportunity to investigate (and break) a number of conspiracy efforts, and I learned about the nature of successful conspiracies. Let me simply say that I am hesitant to embrace any theory that requires the conspiratorial effort of a large number of people, over a significant period of time, when there is personally little or nothing to gain by their effort. This theory requires us to believe that the apostles were transformed and emboldened not by the miraculous appearance of the resurrected Jesus but by elaborate lies created without any benefit to those who are perpetuating the hoax.

In addition, there are other concerns that have to be considered:

1. The Jewish authorities took many precautions to make sure the tomb was guarded and sealed (see Matt. 27:62-66).

2. The people local to the event would have known it was a lie.

3. The disciples lacked the motive to create such a lie.

4. The disciples’ transformation following the alleged resurrection is inconsistent with the claim that the appearances were only a lie. How could their own lies transform them into courageous evangelists?

Were the Disciples Delusional?

Some skeptics believe that the disciples, as a result of their intense grief and sorrow, only imagined seeing Jesus alive after His death on the cross. This proposal fails to explain the empty tomb and only accounts for the resurrection experiences at first glance. As a detective, I’ve never encountered loved ones who have collectively imagined an identical set of fictional events involving the victim.

2. While a short, momentary group hallucination may seem reasonable, long, sustained, and detailed hallucinations are unsupported historically and intuitively unreasonable.

3. The risen Christ was reported seen on more than one occasion and by a number of different groups. All of these diverse sightings would have to be additional group hallucinations of one nature or another.

4. Not all the disciples were inclined favorably toward such a hallucination. The disciples included people like Thomas, who was skeptical and did not expect Jesus to come back to life.

5. If the resurrection was simply a hallucination, what became of Jesus’s corpse?

Fooled by an Imposter?

Some nonbelievers have argued that an imposter tricked the disciples and convinced them that Jesus was still alive; the disciples then unknowingly advanced the lie.

There are many concerns with such a theory:

1. The impersonator would have to be familiar enough with Jesus’s mannerisms and statements to convince the disciples. The disciples knew the topic of the con better than anyone who might con them.

2. Many of the disciples were skeptical and displayed none of the necessary naiveté that would be required for the con artist to succeed.

3. The impersonator would need to possess miraculous powers; the disciples reported that the resurrected

Were the Disciples’ Observations Distorted Later?

Some unbelievers claim the original observations of the disciples were amplified and distorted as the legend of Jesus grew over time.

Cold-case detectives have to deal with the issue of legend more than other types of detectives. So much time has passed from the point of the original crime that it seems possible that witnesses may now amplify their original observations in one way or another.

Were the Disciples Accurately Reporting the Resurrection of Jesus?

Christians, of course, claim that Jesus truly rose from the dead and that the Gospels are accurate eyewitness accounts of this event.

This explanation accounts for the empty tomb, the resurrection observations, and the transformation of the apostles.

If we approach the issue of the resurrection in an unbiased manner and assess it as we evaluate the dead body scene, we can judge the possible explanations and eliminate those that are unreasonable. The conclusion that Jesus was resurrected (as reported in the Gospels) can be sensibly inferred from the available evidence. The resurrection is reasonable.

As I speak around the country, I often encounter devoted, committed Christians who are hesitant to embrace an evidential faith. For many, blind faith (a faith that simply trusts without question) is the truest, most sincere, and most valuable form of faith that we can offer God. Yet Jesus seemed to have a high regard for evidence. In John 14:11, He told those watching Him to examine “the evidence of the miracles” (NIV) if they did not believe what He said about His identity. Even after the resurrection, Jesus stayed with His disciples for an additional forty days and provided them with “many convincing proofs” that He was resurrected and was who He claimed to be (Acts 1:2-3 NIV). Jesus understood the role and value of evidence and the importance of developing an evidential faith. It’s time for all of us, as Christians, to develop a similarly reasonable faith.

Many of us have seen or heard something during the course of our lives that forever changed the way we thought about the world around us. That’s precisely what happened to the gospel writers. Their observations changed them forever, and their testimony can change the world we live in.

Would you like to read the rest of this book? Click here to get your copy now!

Copyright 2013 J. Warner Wallace. Cold Case Christianity published by David C Cook. Publisher permission required to reproduce in any way, including but not limited to, downloading, e-mail, or websites. All rights reserved. 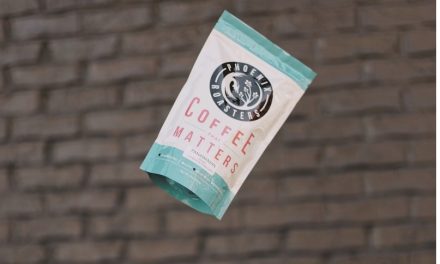 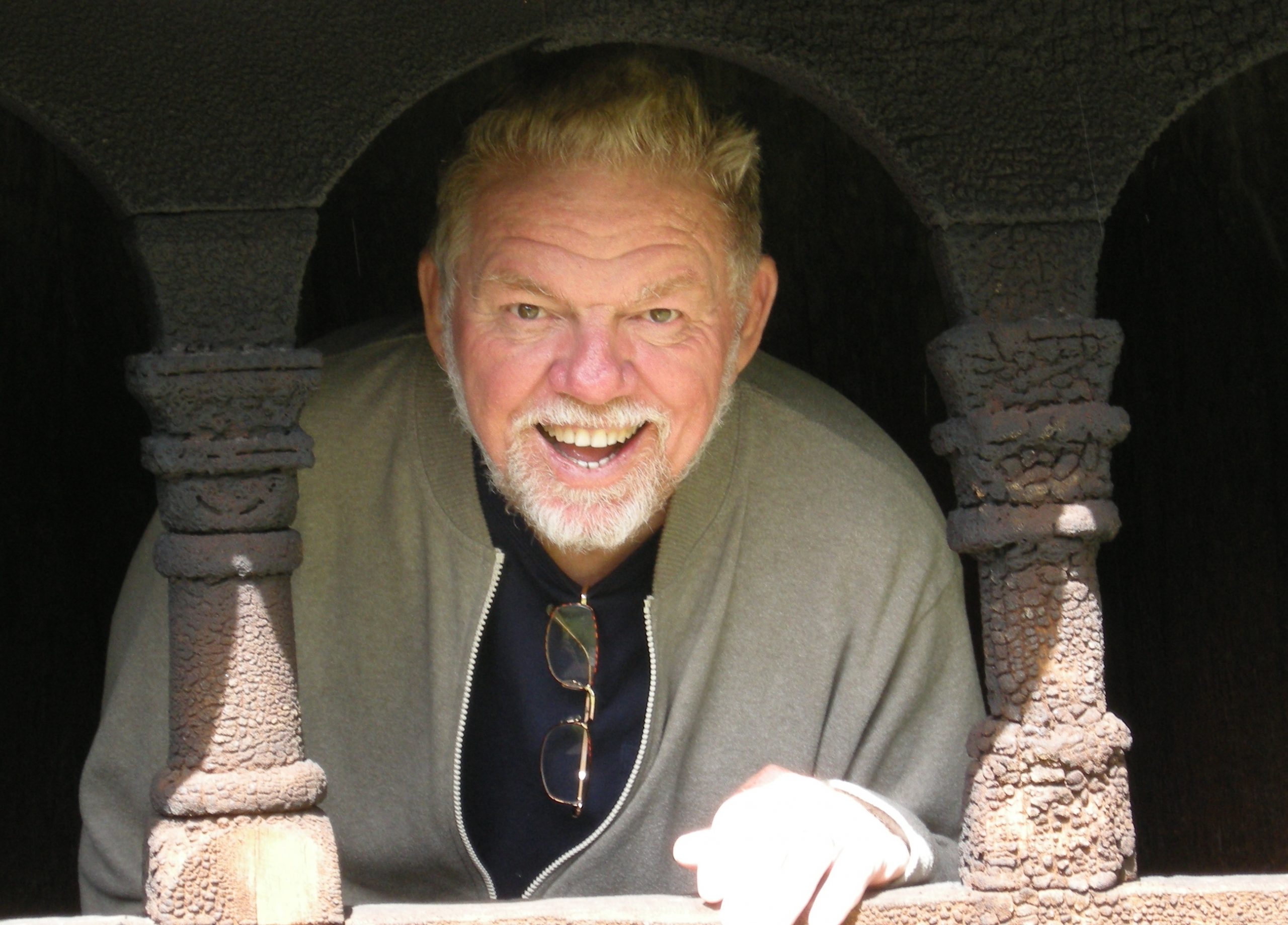 The Story Behind the World-Renowned Song “Our God Reigns” 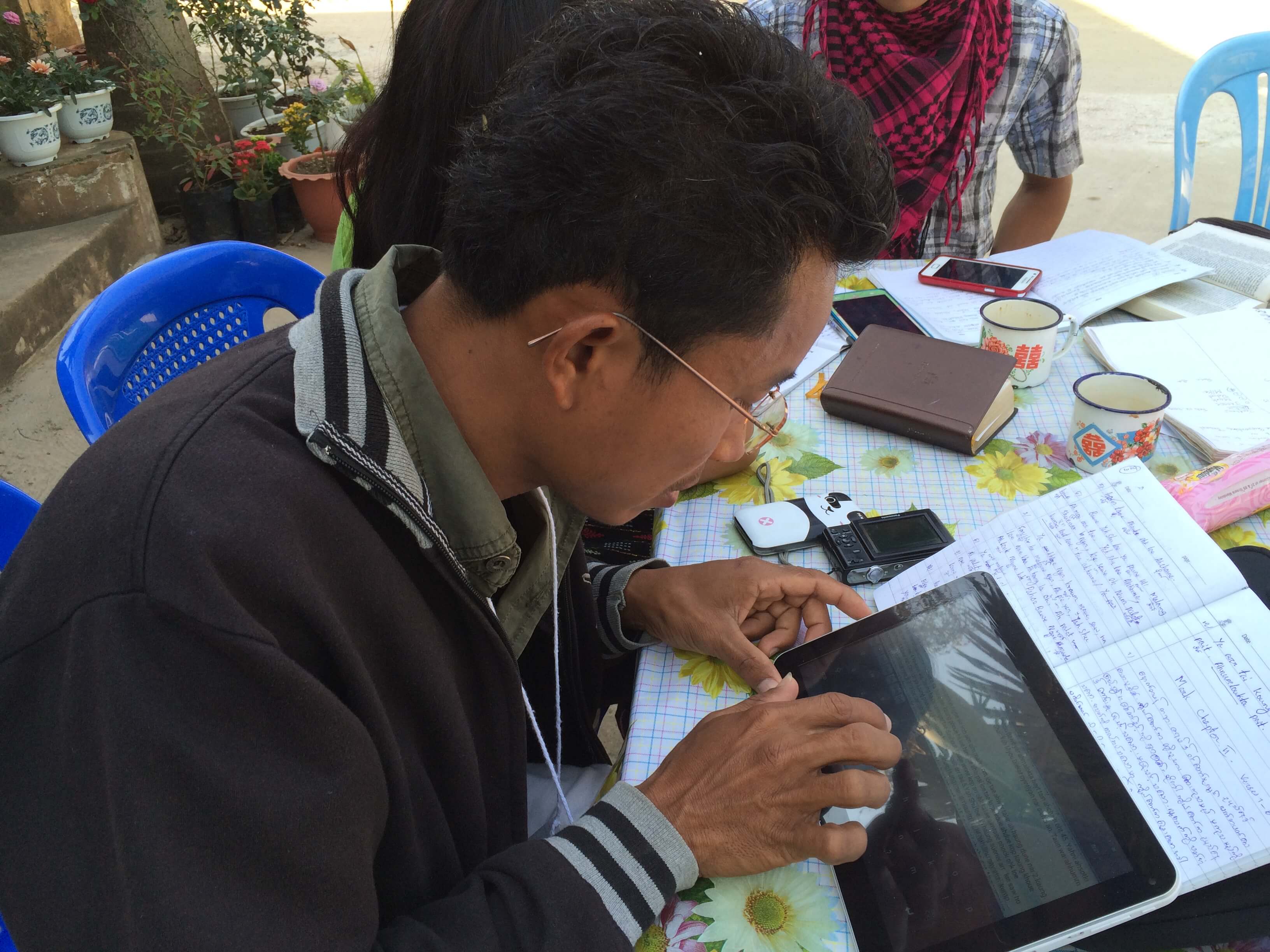