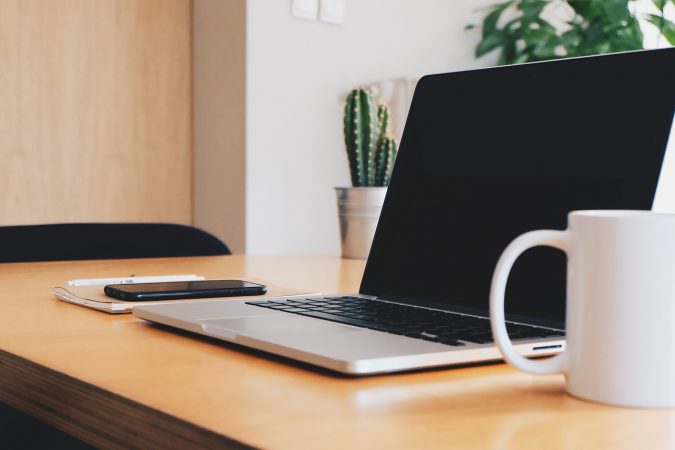 My first job out of college was for a “dot com.” For those who are younger than me and may not know, the dot-com phase, or “bubble” (as some people refer to it) was a period when many new Internet-based businesses were being invested in rapidly in the late ‘90s and early 2000s.

The company I worked for in 2000 provided new technology for real-time traffic information before everyone had GPS and navigation systems on their phones. It was around this time that Apple’s iPod and iTunes were also released as well. People were inventing new electronic forms of communication and entertainment as quickly as they could and the fascination with the technology spread to all aspects of life.

Two decades later, I’m living a very different life than I was then. No longer a single woman with few responsibilities, I’m a mom to three, a wife, an author, and a business owner. Technology is such a blessing (such as GPS navigation on my phone) because it makes my life easier. I’ve realized, though, that in some areas, technology is also distracting from my focus on my ministries.

The breaking point came when I received an upsetting email late one night recently and read it on my phone as I was going to sleep. It disrupted my entire night, and I didn’t rest at all. This isn’t the first time something like this has happened. The next day as I told a friend, I explained that it was as though I was being tossed to and fro by the waves. I realized that it had been the electronic wavelength that had extended too far. So I set up a boundary that I have not had in almost a decade; I took email, my calendar, and all social media off my phone.

While this may sound countercultural, especially to other business owners, it’s been one of the most freeing things I’ve done in a while. I’ve replaced my electronic calendar with a handy planner that stays at home. I moved social media to my iPad, which I only keep in my office. And I now have a set amount of time each day that I dedicate to sitting down and answering emails on my computer. When I get up from the desk, they don’t get to follow me anymore and they certainly don’t get to disrupt my sleep, my family time, or my peace of mind.

A Challenge for the Reader

But God led me to take it a step further, and for the new year I’d like to challenge anyone who reads this to do the same. I replaced the previous icons on my phone with a Bible app instead. And within hours, I was absolutely floored at how many times I accidently clicked on the Bible app when I would have been checking email. Instead of finding email after email, I found Scripture verses. Talk about an incredible refresher! It’s like my own personal electronic bubble burst and brought forth new life.

Feel free to reach out to me to let me know if you’ve been inspired to take any of the same steps. I would love to hear from you! Just don’t expect an immediate response.