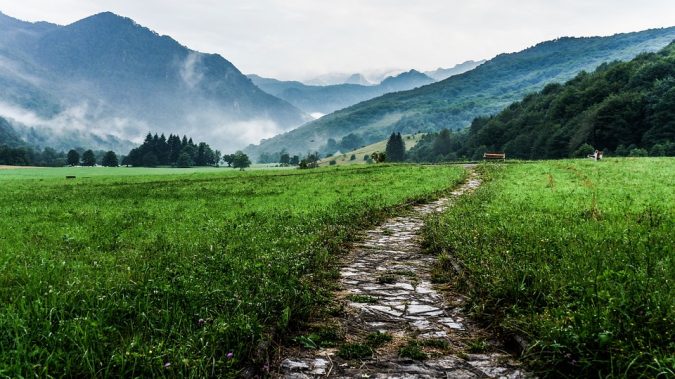 In Acts 16, the text highlights Paul’s early missionary journeys. In talking about Paul and his companions Acts 16:7 states, “When they came to the border of Mysia, they tried to enter Bithynia, but the Spirit of Jesus would not allow them to.” As I checked other versions of this same Scripture, it was noted in the same way or in one version as the “Holy Spirit.” And the verse immediately before this one states that the “Holy Spirit” had kept them out of the province of Asia, even though they were going there to preach the gospel. As I thought more about this, I was both relieved and fascinated. I’m relieved to know that even when I don’t know which paths I should take — and which ones to avoid — God does, and He guides me to the right ones.

Because the Scripture states that they were intending to preach the gospel in Bithynia, I’m sure Paul and his companions felt like they were aligned with God’s mission. But like me, even with the best of intentions, they didn’t always realize the exact path they were to take. Yet there was someone greater at work to make sure they got to where they needed to be. The Spirit of Jesus was their guide.

I’m fascinated and in awe of this revelation because I’m reminded that the Spirit used a human hand to pen the words. None of the translations reference that the “Spirit of Jesus” was in physical form. It is consistently referenced as only a “Spirit,” which implies that nothing was seen with literal sight. It’s traditionally believed that Luke was the writer of Acts, and that he was also a companion of Paul. Did Paul and Luke know at the time why they were being redirected? Or did they only know after it was penned by divine inspiration? I’ve pondered over the possibilities of how this revelation came to light. But in any case, it’s clear that it wasn’t an earthly obstacle that prevented them from going to Bithynia. It was the Lord.

Oh Lord, I want to thank you today for being my guide. I have chased many “good” things and “good” plans to attempt to do as you’ve asked, but there’s still so much I don’t know. So often I head toward what I think is good rather than what you know is best. I’m grateful that you’re my diligent guide, redirecting me when I press in the wrong direction. Your plan and your path are the only direction I need.

Joanna Sanders is a graduate of Villanova University and Moody Theological Seminary. She’s the author of Fire Women: Sexual Purity & Submission for the Passionate Woman and the co-author of DiscipleTrip by Dr. Joey Cook. She’s also the founder and head writer of Colossians46.com, which provides biblical content support, writing, and editing. Most importantly, she is wife to Geoff and mom to three godly men-in-training. Her blog name “The Landing” comes from the account of the Ark resting on the mountain, creating a settled place — a landing — for man to start over, which echoes her new life in Christ.