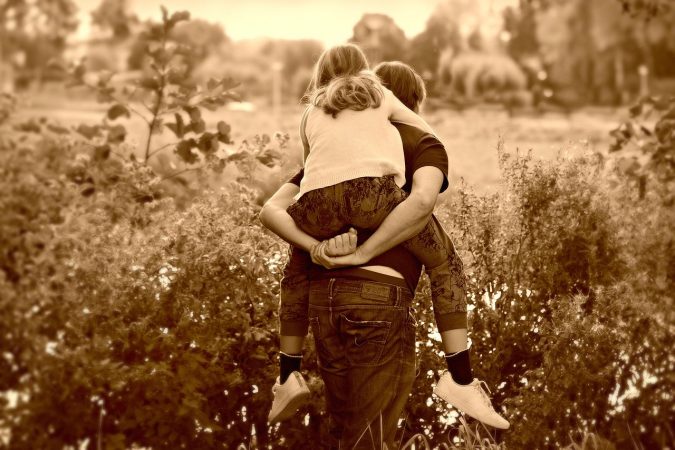 As my neighbor walked with her son and my son down to the creek near our house, they decided to play a game and name attributes of God for each letter of the alphabet. It was my son’s turn when they came to the letter “f,” and with joy in his answer, he quickly said “fun!”

My sweet neighbor told me about this later, and we both delighted in my son’s concept of God. Neither she nor I had this kind of understanding of the Lord growing up. We had similar impressions of God as a judgmental, harsh ruler — not one who was very approachable or lovable. “Fun” was definitely not an attribute I would have even considered relating to God at my son’s age of 10.

A Dad Who Knows How to Have Fun

I later asked him how he thought that God was fun, and I was surprised to learn that the answer went a little deeper than I might have initially anticipated.  My son said he believes God has a sense of humor, He loves to give us gifts He knows we’ll enjoy, and He says there is a time for everything, including laughing and dancing. He added that because God is everywhere, He must do those things too.

This completely challenged my own perception of God. With all the horrible things that go on in this world, I more often imagine Him sad and solemn as He watches the world suffer in rebellion. But even in times of suffering, there are times of laughing, dancing, and celebration in other places. And because my son is right that God is omnipresent, my God is laughing and dancing and celebrating with His people. God doesn’t need an invitation. He’s already at our parties.

A Child Could Relate

The popular TV series Friends featured a character named “Fun Bobby” on a few episodes. Everyone enjoyed when Bobby was around because he was always creating some kind of fun or exciting new adventure. I guess my son sees that he has a Fun Heavenly Daddy who likes to take him on adventures and surprise him with the desires of his heart. When Jesus said we should become like children (Matt. 18:3), I believe this is one of His attributes He knew children would understand better than adults. I think Jesus felt like they “got” Him.

I need to spend a little more time appreciating this attribute about Him. I’ve seen His sense of humor, and I’ve experienced His adventurous surprises, but I want to consider the other ways that a Spirit-led life is actually more fun than I’ve previously understood. What a gracious, and yes — fun — Father to continue to teach me through my children.