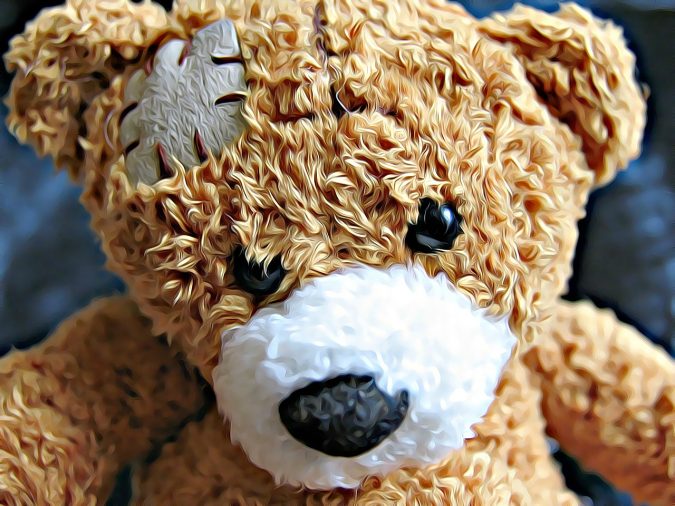 Two days into summer, my youngest came hobbling in with a gash on his calf that was probably a hairline away from needing stitches. I watched as he scrubbed the wound with a washcloth and antiseptic. “Mom,” he said, “I need you to look right at me for this. Keep looking right in my eyes.” His intense instruction provided quite a different reaction than I’d ever experienced from him before, especially at 10 years old.

Reassurance Through the Pain

As our eyes locked, I could see varying levels of intensity in the pain in his eyes as he cleaned the deeper parts of the wound. He seemed to gain a confidence, however, as I continued my gaze, and he was adamant that he didn’t want me to look down at the wound as he cleaned it, even though in my peripheral vision, I could see blood running down his leg. He just wanted the reassurance of my loving gaze returned from his pain. It gave me an unexpected glimpse of a boy who was being prepared for manhood and the pain of this world.

In a decade’s time, this son of mine has broken five bones, had two concussions, choked once, and one time, lost consciousness and passed out in my arms. These have all been separate injuries and none of them have involved a car or a train crashing. No, there is nothing obviously wrong with my child that would dispose him to all these injuries. He’s just my one that always gets hurt and apparently the one who God sees fit to keep me on my toes All. Of. The. Time. But with each injury, I’ve seen a new level of courage emerge, and this time, I sensed in his bravery that wanted to protect and reassure me as well.

Tending to the Wound

I couldn’t help be taken back by his strategy to get through the most painful part of scrubbing out the dirt from the wound. Locking eyes with me was the same instruction I had given him as I taught him how to swim for the first time, and each time I had taken him to a doctor to get a shot or blood drawn. He was now caring for himself and reminding me of my own words.

And while I didn’t recognize it fully in the moment, my son was showing me that he had finally understood how to handle pain: tend to the wound, but don’t focus on it. Focus on the place that’s stable and whole. Focus on love.

In a world that currently seems so injury-prone, we would all do well to take a similar approach. And It’s my prayer that someday my son finds that kind of focus on the true source, which is Jesus.