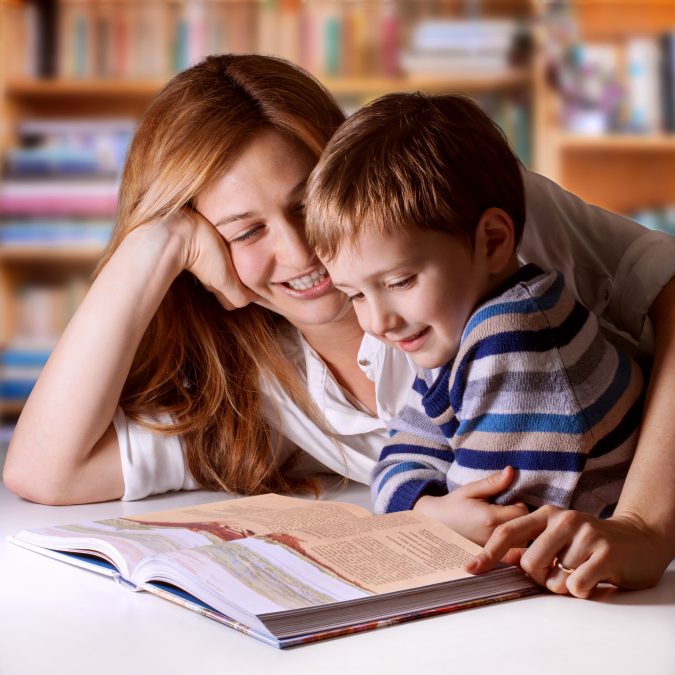 As a homeschooling mom and advocate, as well as a radio host, I’ve been challenged to answer many questions about homeschooling. Most of these conversations were instigated by myths about the homeschool movement. Home education challenges the status quo, and that generates fear. Some like to label homeschoolers as weirdos, reclusive, and even proud elitists, but this is a serious misunderstanding. Homeschooling parents have good reasons for choosing to educate their own children.

Following are six of the most common myths about homeschooling and the facts that dispel them:

Myth 1: Parents don’t have the qualifications to teach their kids.

Although a homeschool parent may not have a teaching degree, she can give a vast amount of personal, loving attention to her children throughout their schooling, which offsets the advantage of an education degree. The parent knows the child best, loves them the most, and has the most at stake in their future.

A public school teacher, however, faces enormous obstacles that undermine effectiveness. She generally deals with an overcrowded classroom of children striving for attention and only has those students for one year before they’re passed on to another teacher. This tends to produce an impersonal, assembly line, one-size-fits-all approach that lacks relational continuity.

Also, the claim that parents can’t teach effectively presupposes that public schools can do better job, but more and more, they’re proving that they can’t. In 2015, the Programme for International Student Assessment, one of the largest cross-national exams, placed the U.S. an unimpressive 38th out of 71 countries in math and 24th in science. No doubt there are many Christian and non-Christian teachers, staff, and administrators in public schools who are trying their best to provide effective education and to model moral behavior, but their hands are tied by the laws and policies of the land. The problem isn’t so much with the individuals as it is with the system itself.

Myth #2: Homeschooled kids don’t get a “real” education and can’t get into college.

Numerous studies have consistently shown that homeschoolers significantly outperform their public school peers in academics, and universities are well aware of this. In fact, Dr. Susan Berry, who researches and writes about educational topics like the fast growing rate of homeschooling, said, “Schools such as Massachusetts Institute of Technology, Harvard, Stanford, and Duke University all actively recruit homeschoolers.”

In addition, home educated students have been shown to be more mature and better prepared to hold a job. This isn’t surprising, since success in life is as much about character and integrity as it is about intellectual achievement.

Public schools are a microcosm of secular society, so many students participate in the same behaviors that plague our country: drug and alcohol abuse and addiction, drug dealing, premarital sex, pornography, sexting, sexual harassment, theft, cheating, profanity, involvement in the occult, lack of respect for authority, vandalism, bullying, gang membership, and assault. In addition, the anti-faith secular environment naturally leads to the mocking and harassment of Christians, the Bible, and biblical principles, the moral underpinnings of our society, and the only counter-narrative to the decay we’re witnessing. These social problems all contribute to a major distraction from education and the abysmal performance of U.S. students in academic achievement.

Homeschool parents have far more control over their home and teaching environment, which means that the negative influences can be largely filtered out.

Myth #3: Homeschooled kids are unsocialized, isolated, and sheltered and, therefore, can’t function in the real world.

In one of her blogs on The Homeschool Chronicles, Tara Edelschick wrote the following about her choice to home educate her boys: “I experience my kids in more intimate ways as we spend more time together and do new things together. This allows me to see some incredible strengths I didn’t know were there. And some significant weaknesses. Either way, I know them more deeply.”

Unlike conventionally schooled children, home educated children are not spending their days in a classroom of children their own ages — an artificial phenomenon. Rather, they’re typically more involved in community and doing things with a parent in the community, learning how to be social from a parent who models social behavior for them throughout the day.

I taught my children how to hold a door open for others. For instance, if it’s a “pull-open” door, you approach it, pull it open, and stand on the other side to allow people to pass through before you. I love watching the reactions of people, surprised by the genuine courtesy my children have shown them. In contrast, there’s not much emphasis given in public school on teaching courtesy. Likely this is because teaching courtesy involves a value-laden morality system, which is strongly discouraged, if not outright forbidden. In fact, students learn from their peers how to bully — both in person and on social media. It’s gotten so bad that it’s become an epidemic, driving many children to suicide.

Homeschooling’s extensive parent-child interaction creates the environment and time needed to teach and model courtesy. If I only spent a few moments every day with my child, even as the parent, would I focus on instructing them in this seemingly lost art? Not likely.

Providing a spiritual foundation in a learning environment isn’t brainwashing. It’s a way to provide stability and a moral compass for life. This was a cultural norm for schoolchildren for 350 years of the last 400 in our country’s history. An anti-faith agenda is the exception, not the rule in the United States.

And let’s face facts. The claim that public schools are religiously neutral is false. Secular humanism is a religion that worships man, and its adherents teach their faith as zealously as any pastor who preaches from the pulpit. Children do get a lot of religion in public school. It just isn’t the religion on which this country was founded and flourished, the religion that keeps the rule of law.

The Christian church in the U.S. loses more than 80% of professing youth by the time they graduate from a secular humanist college that has indoctrinated them for four years. Home education is a way to preserve the family faith, as a bulwark against the encroachment of the increasingly anti-Christian philosophies of the world.

Worldview should be important to people, especially in the U.S., where the Judeo-Christian worldview gave us our history-making understanding of freedom. Now, because of the curriculum in our public schools, most young people believe that socialism is a better system than our representational republic. The extent of the trend towards socialism is shocking. “In the 2016 campaign, [Bernie] Sanders won more votes among those under age 30 than the two presumptive major-party presidential nominees combined. And it wasn’t close,” wrote Aaron Blake in a June 20, 2016, Washington Post article.

If our youth can understand that the bigger the government, the smaller the individual, they will understand that socialism leads to loss of individual rights and freedoms. Teaching the benefits without the consequences is disingenuous at best, and outright deception at worst. That’s a recipe for failure.

Myth #5: Homeschooling is a fringe movement and is only done by a small minority.

Homeschooling used to be a smaller movement, mainly because home education was necessary only in cases where public schools were severely failing. Then, two things happened. More parents grew dissatisfied by the inability of the school system to deliver on its promises. For example, Literacy Inc. states that “according to a study conducted in April 2015 by the US Department of Education and the National Institute of Literacy, 32 million adults in the United States can’t read above a fifth grade level, and 19% of high school graduates can’t read” (www.literacyinc.com/about-us).

At the same time, a wide range of quality homeschool curriculum materials became available. These textbooks are typically more challenging than their public school equivalents, and include teacher guides and other support materials designed specifically for parents. A recent search on Google for “homeschool curriculum” generated 11,500,000 results. Some curricula are available online from kindergarten through high school, taught and graded by credentialed teachers, so even advanced math and science classes are accessible. In addition, more homeschool groups, organizations, and support systems arose. With these trends, homeschooling has become a common alternative to public and even private school, and children are even beginning to ask their parents to be homeschooled.

Myth #6: Homeschooling is experimental, unproven, and only a recent fad.

Homeschooling isn’t new. It’s been one of the main forms of education through history and some of the greatest statesmen and leaders were homeschooled. In fact, many of our founding fathers were home educated. Home education produces higher quality education because it’s akin to providing children with individual tutors, as is the practice in the most elite private settings.

It’s the failing, bureaucratic public school system that’s new. The drastic decline began in the early 1960s and the speed of its deterioration has increased exponentially over the years. Our founders would be shocked at what the public education system is producing.

Additionally, public schools undermine family bonds by usurping the parent’s authority. From the first day when little Sally brandishes a form, saying, “Mommy, you have to sign this because teacher says you have to!” to later when the parent can’t make sense of the abomination called Common Core, the parents’ authority is challenged and eroded in the eyes of the child.

There’s another hidden benefit to homeschooling that’s built into the very design God intended for the family. When parents teach their children, the parents learn and grow too. The process of teaching helps parents develop greater patience, self-discipline, organizational skills, and it provides relationship-building opportunities. Consider the precious moments and memories parents would miss if their children were in a classroom rather than at home.

Homeschooling Is an Effective and Respected Educational Choice

Homeschooling can provide a better education with customization at an individualized pace and level for each child, as well as an environment more conducive to spiritual, emotional, and social growth. Also, parents learn and flourish from dedicating themselves to their children’s future. Finally, the reinforced relationship between child and parent is the ultimate prize: a lifelong bond.

Sam Sorbo is an actress, author, radio host, and a Christian homeschooling mom of three children. Her book, They’re YOUR Kids encourages and equips parents to home educate. Teach from Love is her devotional for families to encourage godly characteristics in their children. Sam co-wrote, and with her husband, Kevin Sorbo (TV’s Hercules), produced and acted in, the movie Let There Be Light, a Christian film about an atheist who survives a near-death experience and comes to salvation. The film was the fourth-highest-grossing faith film of 2017.