From his Arizona production studio, David A. R. White is challenging Christians to take a stand for Christ by reclaiming the media

There’s no denying the impact Hollywood has on our cultural landscape, and while most believers bemoan the lack of faith-based entertainment options, actor/producer David A. R. White is devoting his time and talent to creating life-affirming films through his work with Pure Flix Entertainment.

“The idea behind Pure Flix Entertainment was to create faith-based content that would uplift and inspire the human spirit,” White says of the company he launched in 2006 with partners Russell Wolfe and Michael Scott. “We wanted to create … material that people could watch and that could truly be an alternative to what was on mainstream TV as well as in the theaters. We felt like that was important — and it’s been an interesting ride.”

With offices in Los Angeles, California, and Scottsdale, Arizona, Pure Flix Entertainment produces eight to ten films a year and also acquires and distributes additional titles. The company offers a wide variety of entertainment options in all faith and family genres, including action, comedy, drama and documentaries. Some of their most popular titles are Jerusalem Countdown based on the best selling John Hagee book, starring White and Stacy Keach, Sarah’s Choice starring Christian recording artist Rebecca St. James, and What If … starring Kevin Sorbo, Debby Ryan, and Kristy Swanson.

“We want to do all genres,” says White. “As you can have Christian films in comedy… as a thriller… as a mystery… we want to have something for everybody. That’s the whole idea behind Pure Flix Entertainment, to create movies that everyone can watch.”

From Kansas to Hollywood

White’s fascination with movies started as a child growing up in a farm community near Dodge City, Kansas. “I grew up in the church and we would have the church movies play maybe twice a year,” he recalls of the Christian films screened at his place of worship. “I was always fascinated with those films. They were 16mm films that never worked. You’d usually get like four minutes in and something would happen or it burned through the actual print, but I was always interested, and I remember thinking I wanted to be in one of those films some day.”

Despite the technical difficulties that often accompanied those screenings, seeing movies with strong positive messages resonated with White, even though he didn’t know what to do with that fascination at first. “I went to Moody Bible Institute after high school because, in my family, everybody had gone there,” he says. “But this was always inside of me, a pursuit of the entertainment industry. After a year of Bible school, I remember calling my dad and saying, “Dad, I want to leave Bible school and I want to go to Hollywood to be an actor.’ I didn’t really know what that meant other than I liked TV, and I liked entertainment, and I wanted to pursue that.”

White’s father was a pastor and young David braced himself for his dad’s disapproval, but he was pleasantly surprised. “My father took it pretty well. He said, ‘As long as you serve the Lord and follow him first David, you can go wherever you feel like you need to go,’” White remembers. “I thought that was incredibly strange because growing up in a Mennonite community, we didn’t dance, drink, smoke, or see movies. We had all these restrictions. The joke is always: ‘Mennonites are just like Amish, but with electricity.’ I guess we were the new Mennonites, but we were still very conservative. I only saw one movie at a theater the first eighteen years of my life, but I moved to Hollywood and jumped right in.”

White had only been there six months when God opened a big door. He landed a role on the top ten television show Evening Shade starring Burt Reynolds. For close to four years, White played Andrew Phillpot, the best friend of Reynold’s son on the show. When his run on the show ended, White found small television and film roles, but the next big break eluded him.

“It was after the show ended that Hollywood slowly started to erode my thought process,” he says. “Some things happened that triggered me wanting to know that everything I believed in up until that point – until I was 25-years-old – was actually real.

“I started a soul-searching process.” White explains. “It was kind of like my mid-life crisis in my faith. When you are in an environment like this, no matter how strong you are in the Lord, it can really take its toll on you because Satan is always whispering lies into your life. You just have to constantly be renewing your mind with the Word of God, and be surrounded by good people, and fight against that.”

White emerged from his career slump and spiritual crisis to become a stronger Christian and more focused actor. He did his first faith-based film, Second Glance in the early 1990s with director Rich Christiano. “I appreciate Rich because he was one of the early people we would talk to about producing. He was really the conduit behind doing The Moment After,” White says, referencing the first film he produced in 1999, which he also starred in. “He helped me out with distribution on that. I just think it was so generous of him to give back to us and try to help us to be able to do what he was doing.”

When asked if there’s a bias against Christian films in Hollywood, White replies, “Absolutely. I think that was set up from the early films in the 80s and 90s.”

He admits some of the earlier efforts at Christian filmmaking had quality issues. “The actors and the scripts weren’t as good as they could have been,” he says. “We’ve been trying to not judge those films or distance ourselves from those films because they have their own purpose. Even the films that weren’t the best, the Lord used them and still uses them. God, through his Holy Spirit, touches people’s lives through these movies no matter what the quality is, so I never ever want to put those films down because I know the Lord uses them — and the Lord used them in my life in the early years.”

White says God is calling Christian filmmakers to use their gifts to share the gospel in ways that allow the message to come out naturally. That’s not always an easy thing to do in a world where blockbuster movies cost millions of dollars to produce, but White is giving it his best shot. “Even as the movies get higher and higher in budget in Hollywood,” he says, “they get more sophisticated. We hope that we are doing the same thing. We strive to tell good stories [that] allow the [gospel] message to come out organically.”

White knows the films produced by Pure Flix Entertainment are having an impact on audiences all over the world, but he says it’s also especially gratifying when someone’s life is changed by making the film. He cites football player-turned-actor Brian Bosworth, who recently starred in the Pure Flix Entertainment film Revelation Road: The Beginning of the End.

“Brian Bosworth used to be the bad boy in football back in the day,” says White. “When he took on Revelation Road he was not a Christian and was very jaded, but for whatever reason, it happened at the right time. We were praying about who was supposed to [play] this [character], and God used this film in an incredible way for Brian – he’s so wonderful in it – very transparent and vulnerable in this role.

“In the process of promoting the film, he gave his life to the Lord,” reports White. “He is truly a changed man. It’s amazing to watch how the Lord has transformed his life in such a short time. We always say that our ministry is not just in front of the camera, but it’s behind the camera as well. It’s what happens on the set, the conversations when you are shooting the movie. We just try to be faithful with what the Lord has given to us. It’s truly a ministry.”

White is blessed to have his family involved in the ministry working alongside him. His wife, Andrea Logan White, is an actress who stars in many Pure Flix Entertainment productions as well as other films. She has portrayed his wife in multiple films including In the Blink of An Eye (2009), Marriage Retreat (2011), and Brother White (2012).

“It is awesome working with my wife,” says White, who met Andrea in church. They’ve been married for 10 years and have three children. “She is my favorite person to work with. Acting is about truth. It’s about being honest and nobody knows me more than my wife — and vice-versa — so in doing scenes with her it’s very interesting. I know truth comes out through it. It’s fun that way.

“We’ve done quite a few movies together,” adds White. “And our kids are normally in these movies as well. So we watch our kids mature and grow in film. It’s a wonderful experience all the way around and we’re blessed because of it.”

The Pure Flix Entertainment mission statement is “transforming the human spirit through values based entertainment.” When asked how other believers can support their ministry, White replies, “Pray for us. As this grows, there are more opportunities and it’s a matter of trying to channel our energies in the right way and on the right projects. Pray God’s wisdom for us.

“And the second thing would be to go out and support these films,” he adds. “It’s like casting a vote when you go to a theater and buy a ticket or buy a DVD, or tell others about it, or give DVDs away as witnessing tools. All of that helps in saying that ‘I want more of this product and I want more of this material on an ongoing basis.’ That’s how we expand … when people rise up and say … they choose it.”

To get the latest updates on Pure Flix Entertainment, visit their website at: www.pureflix.com. 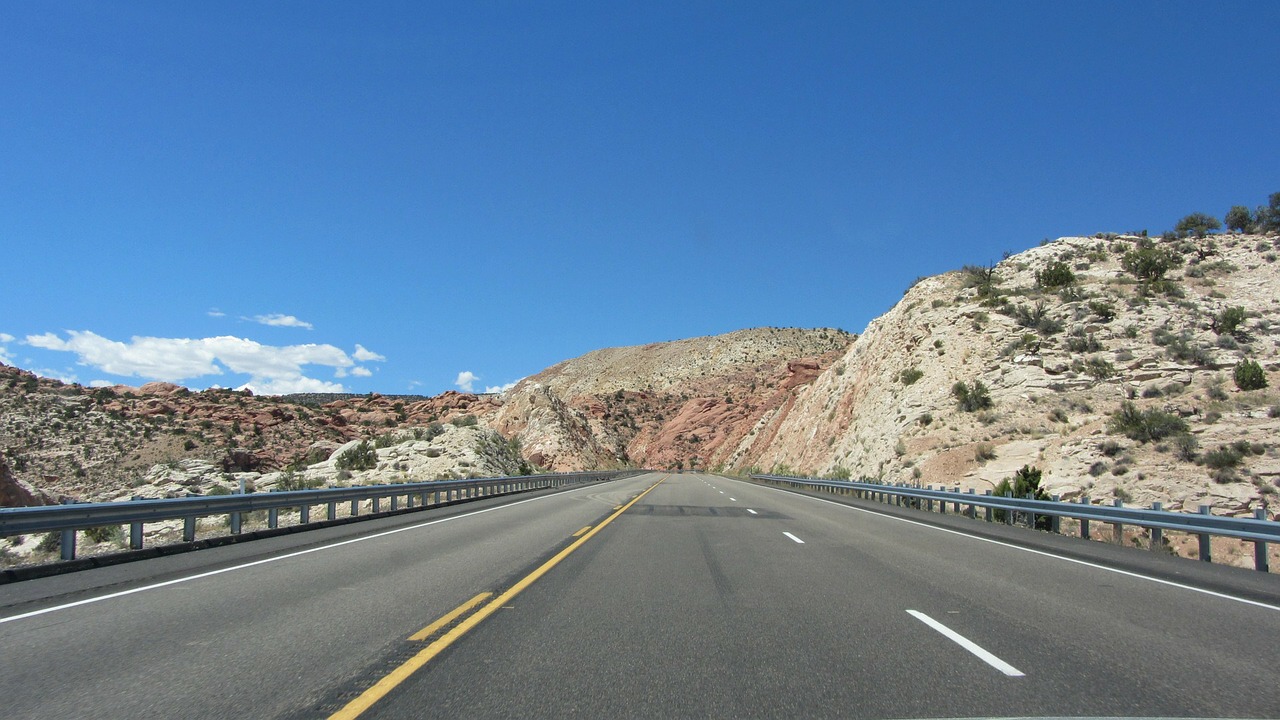 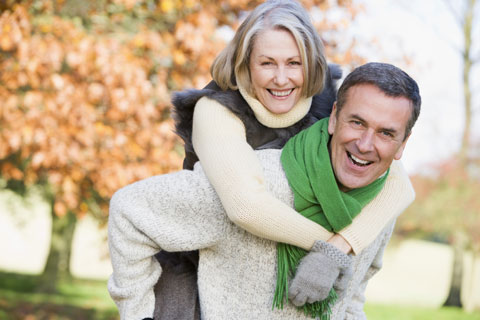