Homeward Bound: An Article That Inspired a Documentary 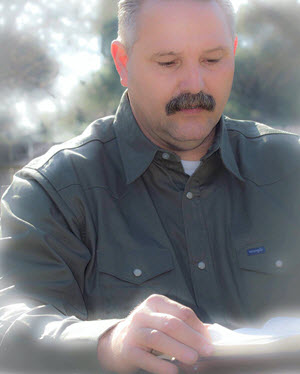 Roy Postell began the Homeward Bound Outreach as a way to keep up with the growing need to feed the homeless with both physical and spiritual nourishment.

The following article won third place in our reader-submission contest and wound up leading to this feature documentary by the CBN.

It was cold, dark, and lonely on that Oregon night in 2005. Not a single vehicle passed as he trudged down the steep, winding road to the bottom of the mountain. Even if someone had come by, it wasn’t likely they’d stop for this rough-looking stranger. Except maybe a cop. No thanks. He’d rather stumble along in pain.

A branch snapped in the distance. He pressed on. Hours later, as the sun began its ascent, he emerged from the pines at the base of the mountain, tired but victorious.

He’d made it. Somehow, he’d survived the 34-mile trek after the prison bus deposited him on the summit last night. He had no light, no map, no clue where he was, but he’d made it. Now what?

He paused to examine his blistered feet in the morning light. His new flip-flops — issued just hours ago — were falling apart. They’d offered little protection; he now had three broken bones in his feet.

His stomach growled. He was hungry. And tired. And cold. How had he gotten into this situation? Why was his life such a mess? He sighed. When hadn’t his life been a mess? The weary wanderer reflected on the events leading up to his current predicament. A lot had happened in the last 24 hours….

“Postell! Call someone to pick you up. You’re outta here.” Former prisoner “Pastor Roy” leads Bible studies for the homeless and shares the gospel with those who might otherwise never hear the Good News. Photo courtesy Christina Witham.

Roy Postell stared hard at the parole officer as he spoke. Was this a joke? With a rap sheet a mile long, and felony charges still pending in Oregon and California, Roy didn’t deserve to be released, and he knew it. Better call somebody quick, before “The Powers That Be” changed their minds.

But who could he call? The 41-year-old didn’t have a single friend in Oregon. The only person Roy even knew in Oregon was his ex-wife, and he could just imagine how that conversation would go:

“Hey. Yeah, it’s me … I know I tried to burn down your house and planned to kill you and myself, but it was only because I was coming off a meth-induced psychosis. Could you come pick me up, please? They’re letting me out today — Hello? Hello?”

Roy thumbed through the phone book several hours before the parole officer took pity, offering him a one-way bus ride from the prison.

“Compliments of the Marion County Correctional Facility,” the officer said. “But you’d better not do anything stupid while you’re on that bus, Postell. Know what I mean? Like trying to get off the bus. Or going anywhere near your ex-wife. Do it, and I’ll lock you up and throw away the key. Understand?”

Roy nodded earnestly. A few hours later, wearing his state-issued T-shirt, jeans, and flip-flops, he boarded the prison bus. The vehicle was empty except for the stone-faced driver. Roy sat down, the door slammed shut, and the bus lurched and sputtered into the autumn night.

Miles passed in silence. Roy peered into the darkness. The moon glared at the pine trees, which stood on either side of the road like rigid sentinels. Roy wondered what lay ahead as the bus labored up the dark, winding road. Like the twisting road before him, the parolee’s life was about to take an unexpected turn.

2016: It’s been more than 10 years since Roy was left to find his way home, and find his way he did. That night on the mountain caused Roy do some serious soul-searching and ultimately marked the beginning of his new life. While he walked that night, Bible verses and songs he hadn’t thought of in years were recalled — unbidden — with clarity he could only describe as divine. He knows now there’s a reason for everything that happened. His transformation didn’t occur overnight, but very soon Roy gave up his life of anger, violence, and drug-use. He moved back to California, married a wonderful Christian woman named Kelly, and dedicated his life fully to Christ. With charges pending against him in Oregon and California, Roy should have done 25 to life, but he came clean, pleading guilty to all charges against him, and his honesty was rewarded. All charges were dropped, and he didn’t serve one hour of jail time.

“Pastor Roy,” as he is affectionately called now, has a new lease on life, and shares his story of grace, forgiveness, and redemption with anybody who will listen. He has hope, purpose, and direction. You could say that Roy is “homeward bound,” the words emblazoned on the vehicles he and his volunteer crews use to provide nearly 1,000 meals every week to homeless folks in Woodland, California.

“It all started in 2005 with a Bible and a bowl of chili,” said Roy. “I knew God wanted me to share The Good News, but I wasn’t sure how to do it. I was kinda scared. I mean, I was a new Christian myself; what was I supposed to tell people?”

“Then God put Luke 14:23 before me, ‘Go out to the highways and hedges and compel people to come in, that my house may be filled.’ So I went to a park, hoping to tell someone — anyone — about how Jesus saved my life. I sat down and opened my Bible. It wasn’t long before a homeless guy came by and we struck up a conversation. We read a little together from the gospels. I told the guy to come back next week and I’d bring some of my homemade chili. When I went back the next week, he was waiting for me … and he brought a friend. The two of them ate chili while I led a Bible study. This went on for a few weeks and suddenly there were 10 to 15 people. I’m not kidding, within six months we had 150 people showing up!”

God continued to bless Roy’s ministry. People donated food, tables, benches, even a truck. Then, in 2006, as Roy was wading through the finances of his rapidly growing ministry, a group called Homeward Bound Outreach blessed him with their federal non-profit tax exemption status.

Homeward Bound receives approximately $10,000 in annual food donations, but Roy shares more than just physical nourishment with the homeless. He provides spiritual food as well, teaching from the Bible and sharing his testimony. The folks he feeds have fallen on hard times for various reasons: some because of poor life choices, some by no choice of their own. Roy understands. He’s stared adversity in the face, too. He knows life can be messy, but he also knows God can get us through the hard times. Roy is a living testament of God’s power, mercy, and grace.

“My life turned around,” Roy said, “when I realized the messes were not somebody else’s fault. I was the one making bad choices. I want folks to know that God can take a life — any life — and use it for His glory.”

Stacy Sheaman is happily married to her best friend, Marshall. She enjoys homeschooling their kids, Macy, Jack, and Gavin, as well as reading, writing, singing, and all things relating to food, which will likely be the focus of her next writing venture. The Sheamans reside in northern California. 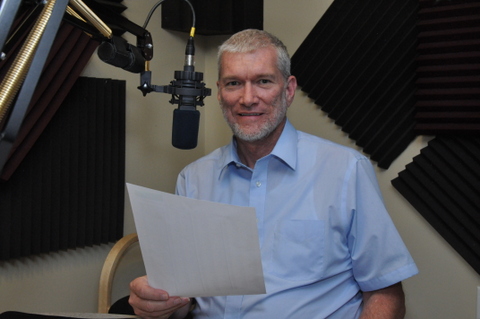 Ministries with a Soul Purpose: Popular Attractions that Have Eternal Impact