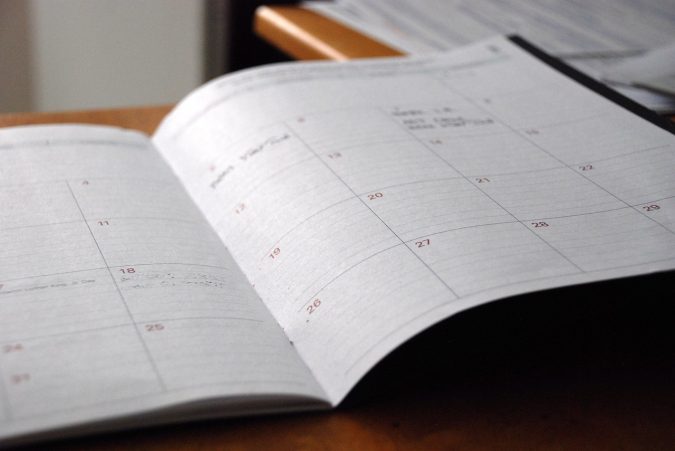 Last fall, I had the privilege of meeting Priscilla Shirer and asking her a question that had been on my heart. I asked her how she kept appropriate boundaries on her time while still tending to and loving the masses. After a quick chuckle between us, she paused to contemplate her response and then confidently proceeded, pointing to her husband, Jerry. She said his leadership was the critical component of ensuring that she didn’t overextend herself. And then she coupled it with a pearl of wisdom that I’ve never forgotten. She said she had also learned that “No” was a ministry.

She further explained that saying “No” even to good, and sometimes “kingdom-building” things, was the better option if it meant that she would instead be home to tend to her first ministries: her family and marriage. I greatly respect this, as obviously, she isn’t a woman who uses her family and marriage as an excuse to sit idle but instead is active in sharing the gospel around the world.

Biblical Examples of the Ministry

Priscilla’s response reminded me of Mary’s “No” when she declined to join Martha in her preoccupation with meal preparation. Instead, Mary chose to sit and rest at the feet of Jesus. Mary’s wise choice is an excellent biblical example of the ministry of “No.”

This week my friend reminded me of another account in Scripture of the ministry of “No.” Nehemiah was faced with constant opposition to rebuilding the wall, but he knew a “No” was required. His refusal to stop could have been misinterpreted as unreasonable stubbornness by those who didn’t realize that he was obeying God’s command. For instance, on one occasion, Shemaiah son of Delaiah wanted him to go to the temple to seek safety, but Nehemiah relied on discernment from the Lord to say “No.” Because of his obedience, the wall was completed successfully, just as God had instructed him.

Discernment Among the Opportunities

I’m grateful that I live in a place where there’s no shortage of Christian conferences, events, mission trips, and gatherings to attend. I enjoy many of them. Yet I believe we’re quick to feel guilty about saying “No” to Christian activities out of fear that others will think we’re unwilling to serve or not interested in growing spiritually. I know many women who struggle with this. They overextend themselves, which keeps them from setting proper priorities and boundaries on their time.

While I’m not suggesting that any of us go back on our word or our commitments, I do pray that those who struggle with saying “No” will learn that this is often necessary to be able to say “Yes” to those things that have greater eternal value.

We’re to be wise men and women who build our houses on solid foundations. Those foundations take time to construct, tend, and repair, which means that we sometimes need to say “No” because the work that God has right in front of us is too important to interrupt.