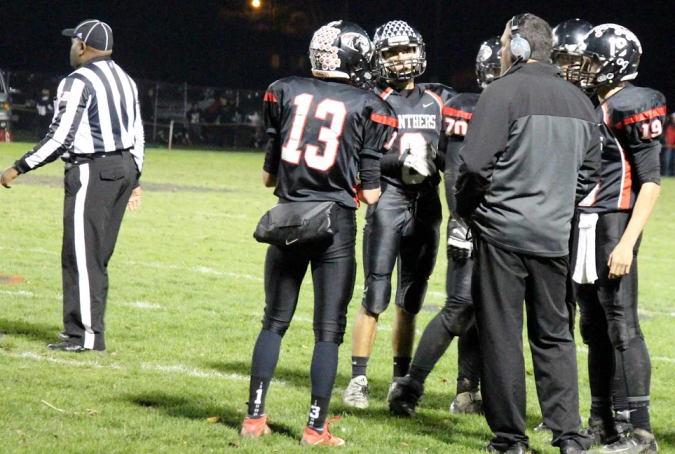 From Boys to Men

Theo was flying high. Never before in his 16 years had so many people paid attention to him. He was a very good football player and some even called him the star, the MVP. The local newspaper even printed an interview and a picture of him in action. The entire community was behind him, excited about the upcoming semi-final tournament game. Theo was going to make it happen. He was going to take the team to a state championship.

The Game Changer
It was dark, the carryout was closed, and Theo was feeling invincible. There was no traffic this late at night in the small rural village. So Theo followed his impulse, broke into the store, and grabbed a case of beer. Next morning he woke panicked at the thought of what he had done and what might happen when the break-in would surely be discovered. He had been caught on the security camera, but the hoodie would have shielded his head. Just to be safe Theo burned and buried the clothes he had been wearing.

On the wrong side of the law for the first time, Theo confided in a teammate who advised him to turn himself in and see what needed to be done to make things right. That reasoned advice was not reinforced when Theo confessed to his mom. She advised him to insist he was home with her, rather than confess and face possible arrest. Confused and wanting to avoid the sheriff, Theo skipped football practice and went into hiding.

Word spread through the team. Frightened by the prospect of their friend going to jail, teammates found the young man and counseled him to turn himself in and make restitution for his theft. Instead, Theo resisted their advice and held to his alibi.

However, breaking and entering charges were not Theo’s only problem. There was a team rule that any player who missed a practice would be required to sit out the next game. And Theo had missed practice right before the tournament game. Should he be allowed to play?

The entire community was enormously proud of their team. It was the first chance at a state championship since 1983, and the village was ready and eager. Fans had followed the Panthers all season and were psyched for a win. The team was psyched, the coaches were psyched, and the competition was fierce. Did they even stand a chance without Theo?

The decision was up to Coach Kris Alge. He was tempted to cave — for the team, for the community, for himself. The boys stood a good chance to be state champions this year. It might not happen again and he would love to coach a team to a championship before he retired.

“I wish no one had ever told me about it. I wish we could have just gone on and played, but Theo told four other boys he was guilty. There was no question he had done it,” explained Alge.

A Test of Character
As a man of faith, Coach Alge had built a reputation for strength, ethical behavior, humility, and self-control. There was no swearing at the players and no yelling at the referees. Willing to do what he asks of others, Coach is dedicated and encouraging to his players, while holding standards and expectations high. Alge lives his faith and walks the walk. As a result, this 100-plus game-winning coach is respected by the small, rural community where he is a teacher as well as a coach. Year after year his “boys” look to Alge for advice off the field as well as on the turf, and after graduation, they frequently continue to seek him out, knowing he will always listen.

When questioned about the value of sports in high school, Alge responded, “The other coaches and I are teaching more than just football. We are teaching these boys how to be men.” With that in mind, Alge brought the problem of Theo’s missed practice before the team. Though he reserved the final decision for himself, Alge charged the boys to think about all of the issues involved and then come to him with a unified statement of what they believed to be the just and wise course of action.

After deliberating privately, the team captains approached Coach Alge with their advice. The unanimous decision of the full team was that Theo would not be permitted to play in the tournament game. Furthermore, they determined that Theo should neither be permitted to dress in uniform nor stand with them on the sidelines during the game. The players had, on their own, reached the same decision as their coach.

On game night the stands were packed. The Panthers knelt in a tight huddle and bowed their heads in student-led prayer prior to the start of the game. Only the boys know what was in their hearts as they spoke to their God that evening.

The score was close and competition was brutal through all four quarters. At the end of the fourth, the score was tied and the game went into overtime, with three overtimes before either team scored. The team played with heart and skill, but the Panthers left the field defeated. The game was a loss, but the players had no reason to hang their heads. Some had tears in their eyes, others fought for control. But as a team, they walked off that field prepared to live life as men of honor, win or lose, proud of themselves, their team, and their coach.

Sandra Crosser is an enthusiastic fan of small-town football and her son-in-law, Coach Alge. She is a retired professor who dotes on her grandchildren, loves to travel,
and has a special heart for a small village in Africa where soccer is also “ football.”