Christmas with The Chosen Christmas with The Chosen: The Messengers Sets Fathom Events Record in First 12 Hours

Punctuating the global phenomenon of The Chosen, Christmas with The Chosen: The Messengers, the first of the franchise to be seen in cinemas nationwide via Fathom Events, went on sale during a livestream from series creator, writer, and director, Dallas Jenkins and shattered pre-sale records for the distributor.

“Christmas with The Chosen: The Messengers broke Fathom Events’ record with $1.5 million in sales in the first 12 hours,” said Ray Nutt, CEO of Fathom Events. “Originally slated to premiere in 1079 theaters, we’ve already added 450+ locations and thousands of screens to satisfy demand, and anticipate these numbers will continue to grow.”

Shot entirely in secret, The Messengers shows the birth of Christ through the eyes of Mary and Joseph and features actors from The Chosen series.

The event also features performances from extraordinary Christian artists and groups including Phil Wickham, Maverick City Music, For King and Country, Brandon Lake, and many more.

The event takes place in movie theaters beginning Dec. 1. New screens and playdates are being added to accommodate demand, and TheChosen.tv/Christmas will have the latest information for your area. Christmas with The Chosen: The Messengers is released through Fathom Events.

“When we decided to do a special Christmas episode, we knew it would be the ideal moment to get this on the big screen,” said Dallas Jenkins. “It’s the first chance Chosen fans have had to gather all over the country, so we intend to make it worth it. And with all the incredible musicians assembled, this is a perfect event for inviting friends.”

The roster of performers for Christmas with The Chosen: The Messengers currently includes:

“Christmas with The Chosen: The Messengers will be the Christmas event of 2021, and we are elated to bring it to the big screen so it may be seen by audiences nationwide,” said Fathom CEO Nutt.

About The Chosen
The Chosen completed its second season in the spring continuing its unprecedented success as the No. 1 highest crowd-funded project of all time. It has been translated into 50 languages and counting, and consistently ranked in the top 20 entertainment apps on iOS and Android. It is completely free to watch on the app that connects directly to streaming devices with no fee or subscription necessary and generates income for future seasons when viewers choose to “pay it forward” after viewing. The Chosen is produced by Loaves & Fishes Productions and distributed by Angel Studios.

About Fathom Events
Fathom is a recognized leader in the entertainment industry as one of the top distributors of content to movie theaters in North America. Owned by AMC Entertainment Inc. (NYSE: AMC); Cinemark Holdings, Inc. (NYSE: CNK); and Regal Cinemas, a subsidiary of the Cineworld Group (LSE: CINE.L)., Fathom operates the largest cinema distribution network, delivering a wide variety of programming and experiences to cinema audiences in all the top U.S. markets and to more than 45 countries. 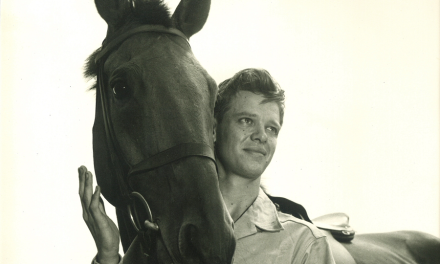