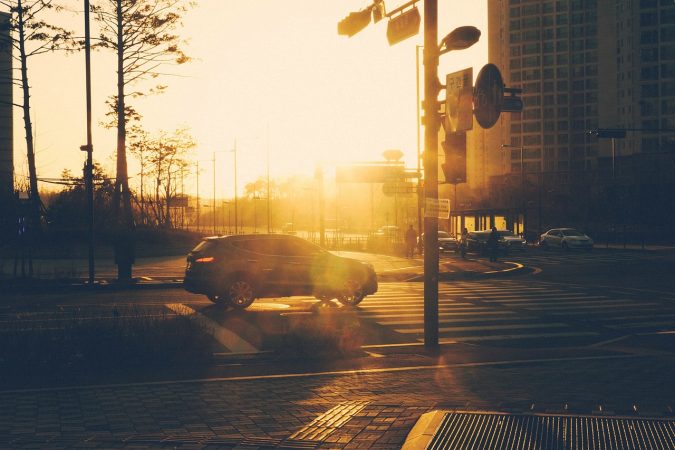 I’ll admit I was a little unnerved as I heard the lyrics that were playing on the station I had just changed to on my car stereo. As I sat at the traffic light, Don McLean softly sang “This will be the day that I die.” I had chosen to change the station because the lyrics of the previous two songs — including the Green Day lyrics “I hope you’ve had the time of your life…” and another song, which I don’t recall now — all seemed eerily aligned with a message that had suddenly made its way into my mind moments earlier. I clearly perceived a message that told me that I would die that day.

I’m a believer, not a superstitious person, and while prior to being a Christian I was afraid of death, I knew there was no reason to be afraid now. Yet I don’t believe there are any coincidences either. I believe God is purposeful in every detail of our lives. But in all honesty, I don’t know where this message came from. I don’t know if it was the Holy Spirit revealing something to me, or if it was the enemy (as I believe some could argue) trying to frighten me.

I wasn’t unsettled about it until I heard the third consecutive song with similar lyrics. And then I realized that day was as much of a possibility as any other day. As I watched all the cars racing through the intersection, I wondered about the reality of it. Might these be among my last moments on earth? How could it happen? Who would find out? And how quickly?

I didn’t know what to do other than present a surrendered heart to God, which I think is the only thing any of us can truly give to God. I decided to pray as honestly as I could.

Lord, if today really is my final day here, and that message came from You … I want you to know that I believe Your plan is better than mine. I don’t think I did everything I was supposed to do yet, but only You know that. Lord, You know my heart that I want to raise my boys and see old age with my husband. God, I don’t want him to get remarried. I want him to just be mine. But Lord … I don’t know what You know. If this is it today, I ask that You would have me do every single thing left that I’m supposed to do today. Let me say everything I would have needed to say to complete my mission here, Lord. Let me love well.

And then I sang four lines of my favorite hymn that I previously thought I would choose – if I had the chance to choose — as my last words on earth.

I’m writing this blog days later. I obviously didn’t die that day, but I don’t necessarily think that confirms this was a message from the enemy either. And it’s certainly not the only “thought” or “message” I’ve received that I’ve had difficulty determining its origin. Even if it were a spiritual attack, the Lord was aware of it. He was watching to see how I would react. On that day, a little part of me that feared the unknown did die a little. But I can say His plan is good. This will be the day that I live.