Trans World Radio is a global radio and digital media ministry that presents the gospel and Bible teaching to more than 80% of the world’s population. It reaches 190 countries in more than 300 languages, with a potential audience of 4 billion people. Worldwide, TWR offers 9,195 hours of programming per week and 1,058 unique programs on TWR platforms.

TWR President and CEO, Lauren Libby, is passionate about the ministry. “The thing I find most exciting is that God has provided a platform to talk to the world,” he said. When I come to work every day, I’m so pumped, it’s unbelievable. We talk to 190 countries every day in over 300 languages, and I don’t know of a bigger outlet globally than that, and to be able to do that in Jesus’ name is a great privilege.”

TWR has no shortage of opportunities. In fact, Lauren said TWR’s biggest challenge is deciding how to prioritize them. “It’s just amazing the opportunities we have,” he said. “Last year we had about 36 million responses globally. And it grew by about 5 million last year, and I’m not sure what it’s going to be this year, but I’ll tell you this — with the pandemic, I know it’s going to be up.”

TWR’s History
TWR founder Dr. Paul Freed had no interest in radio when he set out for Europe in 1948 to attend an International Youth for Christ Conference in Switzerland. Arriving in Barcelona, Spain, on his way to the conference, the 30-year-old YFC staff member had a negative impression of the country. But two Spanish men he met at the conference presented the desperate need for a gospel witness to the 30 million spiritually hungry people of the nation, who were suffering under the dictatorship of Francisco Franco. With that conversation, God changed Freed’s heart, and he began one of the largest and most impactful Christian ministries the world has ever known.

It all began with an outreach to Spain. Radio was the perfect vehicle to overcome obstacles that prevented face-to-face contact with the Spanish people. There were two major problems. First, Spain’s government had outlawed Protestant worship and preaching, and second, the mountainous terrain hindered travel among the many isolated and hard-to-reach communities. The article “The TWR Story,” found on the TWR website (twr.org/our-story), explains how Freed’s calling to radio came about:

“There was only one answer in my mind to the problem. Radio,” Freed said. “Like nothing else, radio could blanket the nation from peak to valley, from inland Madrid to coastal Cadiz. I did not have a dime of support. I did not know what steps to take. But one thing of which I was sure — the Lord had unquestionably linked my heart to the heart of Spain.”

With a radio station available in Tangier, Morocco, just 26 miles from Spain, Freed opened the groundbreaking ministry in 1954, realizing the incredible opportunity it presented.

“It seemed that radio could move across all boundaries, over the walls, through the ‘curtains,’ like nothing else,” Freed said. “I thought of the world’s masses of people as ‘one world,’ with the same basic needs of the heart.”

While the original name of the ministry was Trans World Radio — and many people still affectionately call it that — it officially changed its name to TWR in 2010 to reflect that it now encompasses a much broader reach than just radio, and includes the internet, video, texts, and other media.

The Power of Radio and Digital Media
Freed leveraged radio’s incredible impact, but newer digital media have proven effective as well and have been incorporated into TWR strategies. These media overcome isolation, geographical barriers, religious and government restrictions, and illiteracy and poverty. They also promote community and provide a cost-effective way to reach huge numbers of people. Radio and digital ministry are much cheaper than other forms of communication such as print. In addition, radio opens doors for the 700 million people around the world who can’t read. It’s also very appealing to those in areas that have little or no other entertainment. For many in remote or very poor areas, radio is essentially their only contact with the outside world.

“That’s how it is for the nomadic shepherds in the high mountain pastures of Central Asia,” the TWR website explains. “They live in a remote area tending their flocks, but they have plenty of time to read literature and listen to radio programs. When a TWR team distributed spiritual literature and pre-downloaded MP3 players, these families were happy to receive the devices with the gospel radio programs on them.

‘Is it not great to have such a thing when we are up in the mountains with animals all day long?’ they said. ‘In our areas, there is no entertainment besides listening to the radio.’

“The good news is able to reach their hearts because media overcame the limited access of these nomadic shepherds. The joy of salvation and eternal life is now available to them because hope knows no barriers.”

TWR’s Content Development
TWR places a heavy emphasis on cooperating with other media ministries to distribute their content around the world. But much of it needs to be translated into the heart language of the listeners and adapted to account for cultural differences. The translation and adaptation are carried out largely by indigenous producers. This repurposed content accounts for about 61% of TWR’s global content. TWR also creates original content in cooperation with in-country partner organizations. This accounts for 28% of programming. Around 10% comes from programming funded and developed with other mission organizations.

Programming is primarily designed for listeners outside the United States, where more people have never had a chance to hear the gospel. Content created by ministry partners in English is available through those host sources such as their websites and on American radio stations. A number of English language radio stations are also available through the links listed on TWR360 at twr360.org/music-and-radio/stations/all.

PANI Broadcasts (Pakistan, Afghanistan, and North India)
TWR is making a concerted effort to broadcast into the countries considered the most dangerous for Christians. These areas were already hostile to the gospel, but with the recent fall of Afghanistan, the situation is much worse. “That’s why TWR’s broadcasts into Pakistan, Afghanistan, and North India are more vital than ever. Transmitting safely from an undisclosed location outside the country, our PANI broadcasts provide Afghan listeners the opportunity to hear biblical messages of comfort and hope in their respective heart languages,” TWR says on its website.

“In many cases, the station is one of the few opportunities listeners have to hear and understand the gospel. And they can do so privately to avoid retaliation by family members, neighbors, or authorities.

“We have a half-million-watt AM station that covers Afghanistan at night and that part of the world,” Lauren said. “Our listenership went up dramatically when the U.S. left. One of the first things the Taliban did was take over the big radio stations inside the country. They realize that media sets the agenda.”

“TWR got started back in the Cold War years broadcasting into Eastern Europe, so the idea of broadcasting into closed countries is nothing new for us. We broadcast into North Korea every night. We’re in China, in India, and we broadcast in Russia. In terms of our digital, TWR360 is our primary platform, and you would be surprised how many people — about 60% — are from the Middle East consuming Arabic programming.

“The Spirit of God is moving in the Islamic world, and we’ve sensed that and that’s one of our priority areas. The wonderful thing about broadcasting is that it’s private. If you’re on the internet in a closed country, that’s traceable, whereas you can listen to broadcasts, and it’s not traceable.”

Stories of God at Work
With TWR reaching so many people for more than 65 years, there are countless stories of God transforming lives, and some are told on its website. For example, “Carlos Found a Father,” recounts the story of Carlos, a Colombian man who had left his poverty-stricken home as a child and entered the drug trade, where he eventually rose to a powerful position as a top drug dealer with 30 bodyguards.

One day, Carlos severely injured himself while cutting wood. With no help nearby, he crawled to a worker’s house, and trying to distract himself from the agonizing pain, he turned on a radio and heard the gospel on a TWR station. He immediately trusted Jesus, who drastically changed his life, and he found the heavenly father to be the father he didn’t have as a child. Now Carlos helps drug addicts and tells them about Jesus. Find more stories and news about TWR’s work at twr.org/newsroom.

TWR’s Related Ministries
• TWR360 (twr360.org)
TWR360 uses web and mobile applications to support the task of fulfilling the Great Commission. The media focus helps break down language and accessibility barriers so Christians can download, stream, and read abundant media resources to help them grow in their walk with Christ.
• TWR Motion (twrmotion.org)
TWR Motion creates custom gospel-centered videos to enhance the local mission of church planters and other ministries.
• Women of Hope (twrwomenofhope.org)
Through broadcast, print, and digital media, Women of Hope helps women around the world and across generations live lives rooted in Jesus. The ministry also fosters prayer groups and provides leadership development as it educates, encourages, and equips women to build stronger families and communities.
• Men’s Ministry (everymanawarrior.com)
TWR partners with Every Man a Warrior, a global ministry that helps men succeed in life through training, discipleship, and accountability.
• Prayer Wall (twr360.org/prayers)
TWR’s prayer wall is available to all to submit requests and to pray for others. Those submitting requests can remain anonymous or use their first name or alias name. Under each prayer request is a button marked “I prayed for this.” The button counts each prayer marked, so the submitter knows how many times their request has been prayed for.
• Ministry Partnerships (twr360.org/ministries) 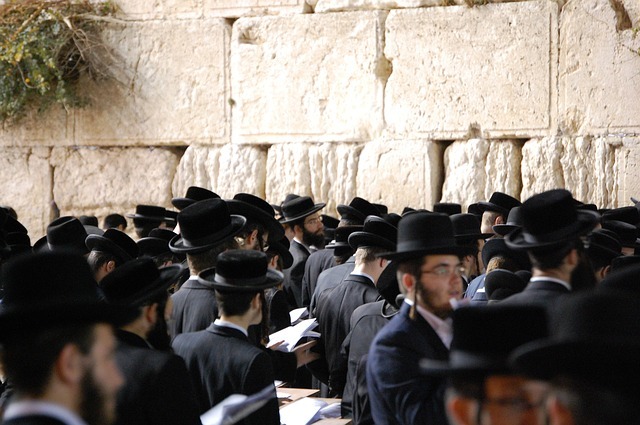 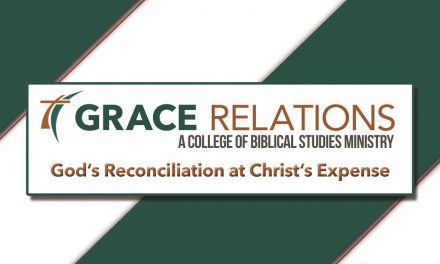